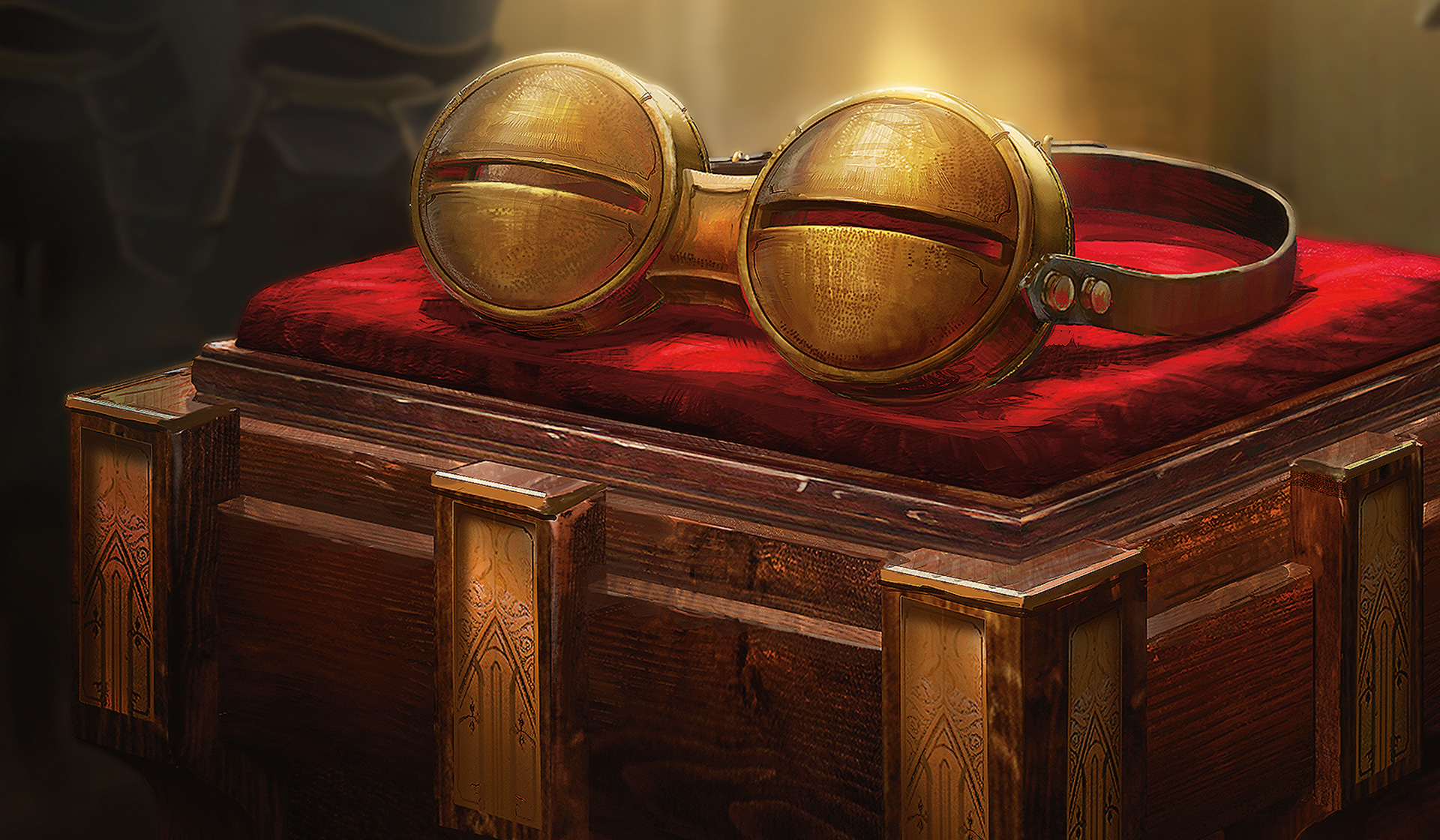 Qualified for a Constructed or Limited PTQ Final? Players in the Finals will be able to join 45 minutes prior to start time.

What is the Players Tour?

The Magic: The Gathering Players Tour is a tournament series where legends are born. With four annual worldwide stops, the Magic Players Tour is the premier circuit to play competitive Magic. Each event showcases a prize pool of $250,000.

All times are Pacific (for UTC, add 7 hours)

All times are Pacific (for UTC, add 8 hours)

* Wizards of the Coast may modify, suspend, and/or cancel an event, substitute prizes, or change the costs and/or schedule for an event without notice, at its sole discretion.

Product: A Modern- or Standard-legal deck, as appropriate
Size: 17-128 players
Play Style: Swiss
Format: Standard or Modern Constructed
Duration: Five rounds, each round up to 50 minutes, Swiss pairings
Prizes: The booster pack and complete set prizes for each Pro Tour Qualifier will be selected by Wizards of the Coast from a current Magic: The Gathering set or expansion available in Magic Online at the time of the event.

Product: Magic Online will provide six booster packs of the appropriate type.
Size: 17-128 players
Play Style: Swiss
Format: Sealed
Duration: 20 minutes deck-building time. Five rounds, each round up to 50 minutes, Swiss pairings.
Prizes: The booster pack and complete set prizes for each Pro Tour Qualifier will be selected by Wizards of the Coast from a current Magic: The Gathering set or expansion available in Magic Online at the time of the event.

IMPORTANT NOTE: Pro Tour Challenge qualification does not guarantee prizes. You must participate in the Challenge event at the corresponding Pro Tour in order to be eligible for the Challenge prizes.

You must have a signed waiver and consent form to compete in the Pro Tour Challenge. You may download required forms; they will also be available onsite. Minors must have a parent or guardian's signature on these forms. Minors will not be able to register or play unless we receive a waiver signed by a parent or guardian. No exceptions.

Note: Magic Online Championship Series (MOCS) Qualifier Points (QPs) are only awarded as prizes when there is an active MOCS season.

Players Tour Qualifier Eligibility
Invitations to the Players Tour (including those awarded by participation in tournaments) are governed by the Magic: The Gathering Premier Event Invitation Policy.

Important information regarding event crashes for the Players Tour Qualifiers
If, in the sole judgment of Wizards of the Coast and its representatives, a system error, tournament or rules bug, or other issue has significantly compromised the integrity of the event, Wizards of the Coast retains the right to modify the tournament structure as needed to maintain as fair and competitive an experience as possible for all players.

RULES, TERMS, AND CONDITIONS
Occasionally while playing Magic Online, Wizards of the Coast staff (marked by a Wizards of the Coast logo beside their online name) may ask players for their name and/or contact information. Failure to provide accurate information may result in significant penalties, up to and including disqualification with no refund of product and/or event tickets, suspension of the offending account(s), and/or termination of the offending account(s).

Players are not permitted to have more than one of their accounts entered in any single event at one time. Players are not permitted to have any accounts entered in events played by other players for any reason. If a player is discovered to have more than one account playing in any Players Tour Qualifier event before, during, or after the event, Wizards may take action against that player's account(s), up to and including disqualification with no refund of product and/or event tickets, suspension of the offending account(s), and/or termination of the offending account(s). Using an account other than your own, allowing any other player to use your account, selling your account, and other similar actions are all violations of the Magic Online User Agreement. If you play in Magic Online events, win, and expect to get your prize, be very, very sure you are playing on your own account. We do not recognize excuses, such as "I and a friend jointly own the account," "It's my brother's account but he gave it to me," or similar. The only exception is an adult may authorize a single dependent child age 13-18 to play on an account that the adult has established.

If a player wins that is ineligible to play in sanctioned tournaments (such as he or she is suspended and/or a paid contractor), then the Players Tour invitation will pass down to the player with the next best finish in that event. The final Swiss standings of the Players Tour Qualifier tournament will determine the difference between third and fourth place and the difference between fifth through eighth place, should that be necessary.

In either of the above cases, the booster pack prizes will not pass down to the next player.

Determination of the eligibility of a person under age 18 to participate in a Magic Online Players Tour Qualifier is based on the permission granted to said person by his/her parent or legal guardian. All prizes are awarded "AS IS" and WITHOUT WARRANTY OF ANY KIND, express or implied, (including, without limitation, any implied warranty of merchantability or fitness for a particular purpose). This is a game of skill and, therefore, there are no odds of winning as is the case with a game of chance. All applicable taxes, fees, duties, tariffs, passport or visa costs, and any license, destination, entry, exit and/or delivery charges are the sole responsibility of each player.

All taxes are the responsibility of the members, and members acknowledge Wizards' recommendation that they consult a tax advisor in their jurisdiction for questions regarding their tax liabilities.

Release: By entering (or consenting to the entry of a person under 18) a Magic Online Players Tour Qualifier , each participant (or the participant's parent or legal guardian, if the participant is under 18) and the winner (or the winner's parent or legal guardian, if winner is under 18) thereby releases Wizards of the Coast LLC, Hasbro, and their respective parent companies, subsidiaries, affiliates, directors, officers, employees and agencies from any liability whatsoever, and waive any and all causes of action, related to any claims, costs, injuries, losses, or damages of any kind arising out of or in connection with a Magic Online Players Tour Qualifier or delivery, misdelivery, acceptance, possession, use of or inability to use any prize (including, without limitation, claims, costs, injuries, losses and damages related to personal injuries, death, damage to or destruction of property, rights of publicity or privacy, defamation or portrayal in a false light, whether intentional or unintentional), whether under a theory of contract, tort (including negligence), warranty or other theory. Except where prohibited, you agree that any and all disputes, claims and causes of action arising out of or connected with this contest or any prize awarded shall be resolved under the laws of the State of Washington, without respect to any conflict of law issues, and participants agree that such shall be resolved properly, without resort to any form of class action, and exclusively by the U.S. Federal and State Courts of King County, Washington, U.S.A. All of Sponsor's decisions regarding the application and interpretation of the Rules are final.

Disclaimer of Liability; Certain Risks
Sponsors, and any of their respective parent companies, subsidiaries, affiliates, directors, officers, professional advisors, employees and agencies will not be responsible for: (a) any late, lost, misrouted, garbled, distorted, or damaged transmissions or entries; (b) telephone, electronic, hardware, software, network, Internet, or other computer- or communications-related malfunctions or failures; (c) any event disruptions, losses or damages caused by events beyond the control of Sponsors; or (d) any printing or typographical errors in any materials associated with Magic Online Players Tour Qualifier.

Participation in a Magic Online Players Tour Qualifier is void where restricted, taxed or prohibited by law.

The winners of this Tournament will be posted on www.wizards.com.