If you read Card of the Day and know I am currently its steward, you'd know by now that I love words and their etymologies. It's a recurring theme I touch upon at least once a set. I also like to delve into Gatherer to find fun search results and share them with you. There's not a lot of space in Card of the Day write-ups to go into a lot of depth in either case.

But in an Arcana? Yeah, we've got room. Today, I delve the Æther. Join me, won't you?

Let's start with the Retraction Helix Card of the Day entry, which includes links to some Gatherer delves:

Retraction Helix – Born of the Gods. The flavor text here mentions "Æther," something in the name of thirty-six cards (including one from Born of the Gods ) and mentioned on twenty cards, including three in Theros block . That is no coincidence, as Meletian scholars actively study the Æther and its properties, as revealed here.

That last link goes to the " Planeswalker's Guide to Theros, Part 2 ." To save you a click, here is what it says about the Æther:

Formalists. The Æther is of particular interest to Meletian scholars, and many study its use in magic. Some believe that the Æther is the realm of abstract entities, such as numbers, concepts, and theories. Some formalists study magics that allow them to cause objects to disappear from physical reality. They say they are "perfecting" real, necessarily flawed, concrete objects by transferring them to the realm of perfect, abstract entities.

Meletian philosophy aside, we've also provided a more concrete description of the Æther in the broader Multiverse. To wit:

Æther. The substance that connects all planes to each other. When a mage summons a creature, it is pulled through the æther by the spell that summoned it. The space between planes, called the Blind Eternities by Planeswalkers, is filled mainly with æther. 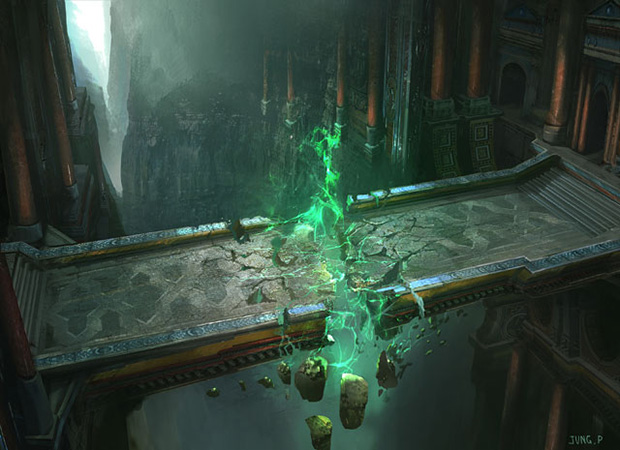 The word "æther" itself (sometimes spelled "ether" or "aether") is fairly old, going back to Ancient Greek—and since we're right in the middle of the block inspired by Greek myth, it seems appropriate to talk about it.

In the ancient world, and through the Middle Ages, one of its meanings was "the material that fills the region of the universe above the terrestrial sphere," which is reflected in its use in Magic.

(As a side note, Æther was also the name of a primordial Greek god of the upper air, which informs the modern, poetic use of the word to mean the upper reaches of the atmosphere.)

Finally, let's look at that first letter of the word (Æ), which goes by the name "ash." Ash was a part of English when the language was still Anglo-Saxon, or Old English. Over time, as English evolved and the alphabet changed, ash (and several of its runic brethren) dropped out.

Through the nineteenth century, ash was used in words of Latin or Greek origin (like, say, "Æther"), but that has since fallen out of practice. The letter (or, more technically, the ligature) remains in use today mainly to evoke a non-modern feeling.

(And as a helpful keyboard hint, if you're on a PC you can create the capital ash (Æ) by holding down the Alt key and typing in 0198 on your number pad. Lowercase (æ) is Alt 0230.) 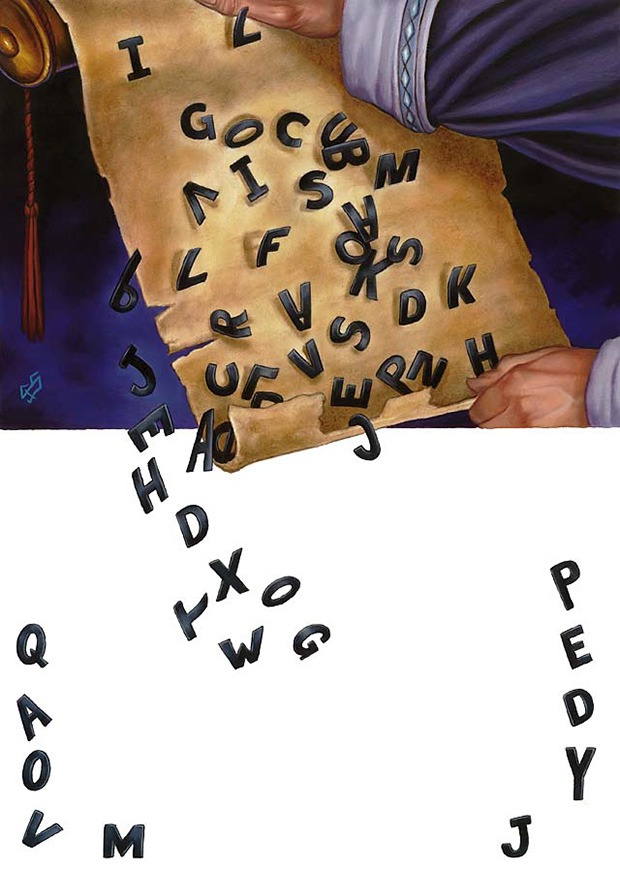 Now I Know My ABC's | Art by Tony Szczudlo

I hope you enjoyed this look into one of the cool words and unusual letters used in this game we all love.