turf
noun
1. A layer of matted earth formed by grass and plant roots.
2. The neighborhood around Magic players' homes over which they assert their authority.

As for promo cards this season, it's all Matt Cavotta, all the time. Just for showing up, you get a full-art Blood Knight, while supplies last:It's all-out war this weekend, and you and your buddy's home turf is at stake. It's Champs time (also known as States in the US), and it's Two-Headed Giant Limited. Find another head and read up on the details before some, um, shall we say, lesser minds from across town manage to claim bragging rights over your layer of matted earth. 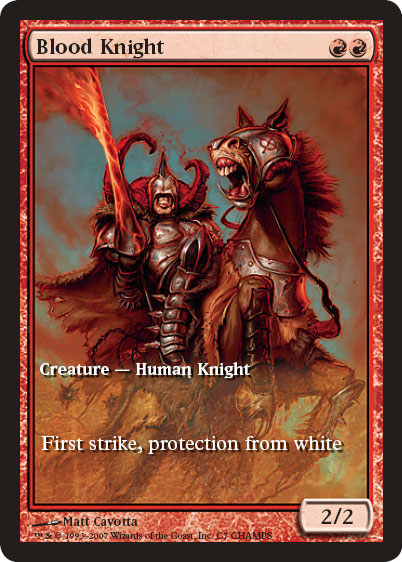 If you make Top 4, you'll get a premium foil full-art Groundbreaker -- but we're keeping that one a secret for now. If you want to see it, you'd better find that perfect second head to win the card.