Unlike many of the storied veterans of Magic that will be joining him at the World Championship, Wilson is a relative newcomer to the game. Falling into camp with the likes of current World Champion Shahar Shenhar, Wilson has only really been playing the game for about five years, but he has certainly made the most of his time. He has four Grand Prix Top 8s, including wins in Chicago 2012 and Nashville just a couple short weeks ago. He also has a Pro Tour finals appearance from Pro Tour Born of the Gods, where he lost to eventual champion Shaun McLaren.

"Making it to the Finals of Pro Tour Born of the Gods is certainly my greatest Magic achievement," Wilson admitted. "In the immediate moments afterwards, I was bitter. Now, I appreciate the finish and the winner, Shaun McLaren."

This near-miss was a devastating, yet helpful, learning experience, but it was an earlier near-miss that really set the stage for helping Wilson become the player he is today.

"I flew to Grand Prix Portland in 2010, all by myself. It was my first big event," Wilson's tale began. "I started out 12-1, including beating Paulo Vitor Damo da Rosa when he was a perfect 12-0. I then lost playing for Top 8 in three consecutive rounds. I was devastated and couldn't stop myself from thinking about the event for years. I'm grateful for the experience, because it made me a more humble student of the game. If I had made Top 8 or won my first Grand Prix, I would have had no respect for how much effort is required to compete at Magic's highest level."

This was a lesson he would carry forward to this season, where his hard work and respect for the game helped earn him a place at the top, as well as a home. 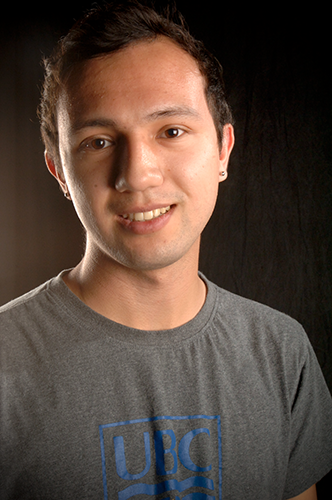 "At Grand Prix Calgary last year, I made Top 8 and Matt Nass barely missed on tiebreakers," he explained. "We worked together for the event and built a deck entirely of our own design, W/U Control. It was definitely a confidence boost. In the Top 8, I met Alex Hayne for the second time in a Grand Prix Top 8, and it was a humbling match. After that, I started testing with Team Face to Face, which Hayne is a part of. Team Face to Face is like my family. After every Pro Tour, I count down the days until the next time I get to meet with my favorite degenerate lunatics."

His Face to Face family has been just one of a number of groups of people that have helped usher Wilson into the upper echelons of the game.

"There are so many people that have been unbelievably gracious towards me in the Magic community, especially those I met playing at the ChannelFireball Game Center near where I lived. When I started playing competitively, I had no resources of my own. Countless people drove me to events, lent me cards, and let me stay in their houses and hotels. I often couldn't pay for my fair share, but I kept track of all of my debts. When I won Grand Prix Chicago and received my prize, I spent all of the $3,500 repaying all of the extraordinarily gracious people who helped me along the way."

That is one of the biggest lessons Wilson has learned from the game—there are so many great things about Magic and its community, just waiting to be shared. He has admitted that he feels lucky to have had such great support around him, but has also acknowledged the importance of hard work, and the ability to distinguish between the two.

"The greatest thing I have learned from Magic is an acceptance of variance and chance," Wilson began. "I used to get frustrated, annoyed, and tilted constantly. Magic, and the friends I've made playing it, have taught me that getting frustrated over variance is unproductive. Accepting it and trying to learn at every opportunity will not only make you better at whatever you are doing, but much, much happier, too. There is always something you could have done differently—in the game itself or in your preparation. Bemoaning your loss due to luck will only give you temporary solace, if even that. Also, be nice to people, especially to other members of the Magic community. We are lucky to have such an awesome game, so share that with people."

Now, Wilson takes that spirit to the World Championship, where 23 of the best players in the world are waiting for him. And there is one particular that he is gunning for.

"I would love to play Shahar Shenhar," he revealed. "Shahar had his initial success slightly before me. At the time, I didn't have too much confidence in my abilities, and I wasn't playing much Magic. Seeing him win multiple Grand Prix convinced me to start traveling to every event I could. We both grew up in NorCal, and made our first PTQ Top 8s at the same event."

This is it when it comes to competitive Magic. It is an honor to play in the World Championship. I have wanted to qualify for this tournament more than anything else since its inception. Winning it would be a dream realized."