Josh Utter-Leyton is no stranger to success in Magic. Last year's Player of the Year is a member of the prestigious Team ChannelFireball with five Pro Tour Top 8s, seven Grand Prix Top 8s, and a Top 4 performance at last year's World Championship. This year, Utter-Leyton cemented his second straight appearance in the World Championship the hard way, putting up a string of consistent performances capped off with a semifinals exit from Pro Tour Journey into Nyx.

Like many of the other competitors at this year's World Championship, Utter-Leyton is a long-time lover of the game, having picked Magic up in 1994. He played exclusively casually until 2005, where Magic Online introduced him to the world of competitive play. Once he graduated college in 2007, he turned to live competition, and he never looked back. Qualifying for Pro Tour Hollywood in the last week of PTQs, Utter-Leyton has been a persistent presence on the Pro Tour ever since.

Utter-Leyton credits his success largely to the influence of those around him, and a bit of hard work on his own front.

"My best friend from childhood, Mike Hill, was always up for a game and always challenged me to improve," Utter-Leyton began his list of influences. "Next on the list is someone I've never even met, Charles Dupont, Aceman on Magic Online. I credit him with teaching me how to play Limited. He won the first couple of sealed tournaments I played online, so I started stalking his replays, watching and learning from them. I picked up on the importance of a good mana curve, and how to evaluate cards, very quickly just from watching his replays." 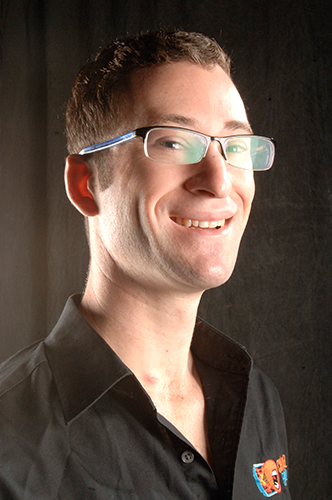 Always in search of someone to learn from, Utter-Leyton's real breakthrough came when he teamed up with the other originators of Team ChannelFireball.

"I mostly self-taught myself on Magic Online for a couple of years, and hit a plateau in my play where I didn't feel like I was improving anymore," Utter-Leyton admitted. "Working with everyone on Team CFB shattered that, and I feel like I continue to learn and get better at a fast clip thanks to being able to work with such an amazing group. It's also the friendships I've made in the game that keep me going strong. I have to thank LSV in particular for bringing me into his circle, giving me constant experience playing against the absolute best, and for being the best possible role model."

Owing to the excellent role models he came up through the Magic ranks looking up to, Utter-Leyton has some important lessons to teach future generations, none more so than integrity.

"I would teach newer players to play clean, honest Magic," he said. "You wouldn't steal money from your opponent, and that's exactly what cheating is. Cheating also steals from all Magic players, as worrying about it makes the game less enjoyable and can really ruin the experience of playing a game of Magic."

This World Championship is fraught with enemies and friends alike, and more than one grudge match awaits Utter-Leyton as he prepares his return to the tournament.

"I'm very eager to play against Shaun McLaren," Utter-Leyton revealed, "and I am also looking forward to a chance to repay Reid Duke for knocking me out in the semifinals last year! I would very much like to avoid playing (until the Finals!) my teammates: Tom Martell, Shahar Shenhar, Paulo Vitor Damo Da Rosa, and Willy Edel.

The World Championship is the best Magic tournament that could possibly exist, and I'm so happy that I get to be a part of it. It's the thing I most look forward to in the year, like Christmas as a kid. While I would love to win the tournament, being there competing I feel like I've already won. The most important part of a win to me would be locking up an invite to the next World Championship. Winning the World Championship would be a hell of a birthday present to myself!"