It was a portent of things to come, and in more ways than one. Pro Tour Theros, the first Pro Tour of the new season, culminated with one of the most talented Top 8s in Magic history. Won by 2014 Player of the Year Jérémy Dezani, it featured all three members of the 2014 Hall of Fame class, Hall of Famer Kamiel Cornelissen, and Yamamoto's fellow World Championship competitor Sam Black. This was the first time Yamamoto had made the Sunday stage at a Pro Tour since he and Yuuta Takahashi lost in the finals of the Two-Headed Giant Pro Tour in 2007. In that Top 8, Yamamoto had the nascent version of the Black Devotion deck that would go on to terrorize Standard for the better part of a year.

"Making Top 8 at Pro Tour Theros was the most memorable moment from this past season," Yamamoto admitted. "The mono-black devotion deck was one of the strongest decks at the time. Kōei Itō and Ken Yukuhiro are amazing deck-builders."

Thanks to a dominating deck and expert play, Yamamoto was able to make his first individual Pro Tour Top 8, but it was his stellar play year round and solid finishes that helped him snag one of the last at-large bids to this year's World Championships. Yamamoto has a deep respect for his fellow competitors at the World Championship, and recognizes their skill. 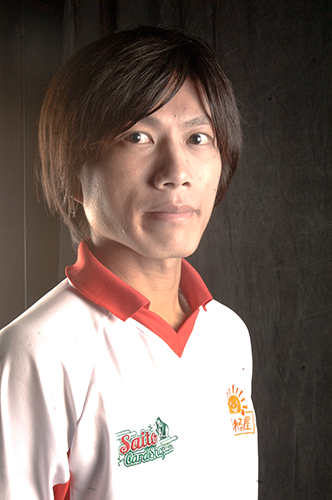 "To be honest, I would rather not play anyone at Worlds. They're all experienced, talented players who are better than me. Still, I think I have a chance—and that's why I keep practicing."

He has always been one for practice, constantly looking for ways to improve his game, as well as enjoy himself playing Magic.

"Back in the day in Japan, there was something called the "Magic Kōshi-en" (Kōshi-en is the name of the stadium where the national high school baseball championship is held each summer)," Yamamoto explained. "It was a Trio Team Standard tournament series that only high school students could play in, and I have fond memories of the time spend practicing with my classmates for the qualifiers."

In recent years, with improved results and a greater need for preparation to maintain his standing, Yamamoto has turned to another means of practice for events.

"I'd say the massive amount of time spent on Magic Online over the last two years has been important," Yamamoto revealed. "It's the reason a lowly PTQ player like myself has been able to get good enough to play in the World Championship."

Now, with his very own seat at the World Championship, Yamamoto gets to have an experience unlike any other in the Magic world. It is a unique tournament, one that appeals to both the competitor and Magic fan in each player.

"As a pro player, it's like a bonus stage where I can get a pro point for every win," Yamamoto explained. "As a Magic fan, it's a rare opportunity to get to see matchups like Jeremy Dezani vs. Owen Turtenwald close-up in person. I am looking forward to it."