The 2014 World Championship is an event that features many familiar faces which you may recognize from the week-to-week coverage of Pro Tours and Grand Prix. However, a few players may stand out not due to their familiarity, but the opposite.

Lars Dam, the 2013 Magic Online Champion, is one of those players. While he may not be a competitor you commonly see on the Grand Prix circuit, his experience in the game still tracks back to over a decade ago. However, as recent years have proven, it is unwise to let the Magic Online champions go unnoticed. 2011 Magic Online championship winner—and one of this year's World Championship competitors—Reid Duke, as well as 2012 winner Dmitriy Butakov have both have had success following their online-associated victories, and Dam may continue the tradition with his Gold-level Pro Player status. 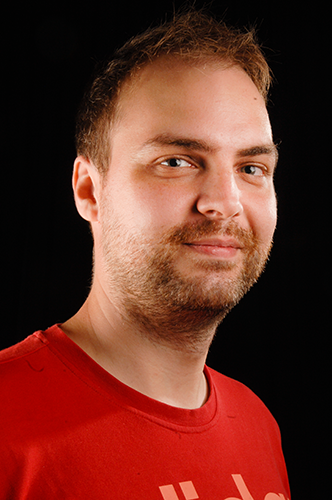 Dam has been playing the game for around thirteen years now, though his play in the past eight years has been exclusively Magic Online, with Limited being his format of choice. In fact, Limited was Dam's ticket into the 2014 Magic Online Championship.  "Winning the Magic Online Championship is probably the most memorable thing I have done playing Magic ever," he said. "But winning the Limited Player of the Year tournament to qualify for the event was a pretty big high as well."

"Coming back to the Pro Tour after many years and seeing a lot of the same people still playing was pretty cool too," Dam elaborated. One of the prizes for his Magic Online Championship win was gold-status for the remainder of last season, as well as all of this season, and he has traveled to Pro Tours when his schedule allows. "I even got to up my perfect record to 4-0 against Kai Budde at the Pro Tour in Atlanta. Meeting a lot new people has been fun too, especially the guys I teamed with for Honolulu. They were a blast to hang out with."

When asked what advice he would give to a player who was just starting out with the game, Dam's words were wise. "Start out by watching other people play," he explained. "You can almost always learn from that. I probably spend as much time watching people play on Twitch as I do playing myself and I rarely think I didn’t learn anything. Then start by playing on Magic Online, since it teaches the rules and card interactions really well."

Dam will be one of those players you can watch and learn from as he competes for the title of 2014 World Champion. Be sure to tune in on December 2, 3, and 7 to find out if he takes down the tournament.