For many Magic players, winning a Pro Tour would be considered a career-defining accomplishment. It is a triumph that only four people can currently lay claim to each year. Along with that win comes $40,000, as well as Platinum status in the Pro Tour Players Club for the remainder of the current Premier Play season, along with Platinum for the following season.

However, for Hall of Famer Patrick Chapin, who made his Pro Tour debut way back at PT Dallas in 1996, there was one thing that he truly desired from a Pro Tour victory.

At the end of Day Two for Chapin at Pro Tour Journey into Nyx, he found himself in the first-seed going into the Top 8. In his player profile, his response to the question of what winning the Pro Tour would mean to him was straightforward. "An invitation to compete in the World Championship," he said. "My dream in Magic is to be the World Champion, and three wins tomorrow qualifies me for a shot."

Sure enough, those three wins came, and Chapin accomplished his goal. The prize money and Pro Player status was great, but the real prize from winning Pro Tour Journey into Nyx was the coveted spot as one of the twenty-four players set to compete in the 2014 World Championship in Nice, France this December. 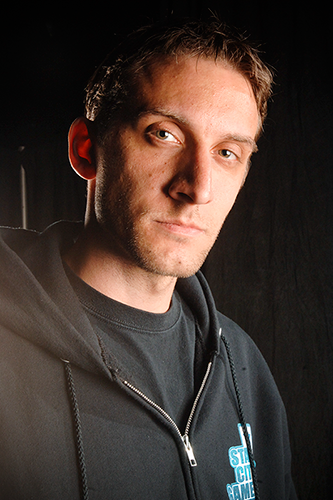 It was one of the defining moments of the Top 8, and one that resulted in a lot of gasps, cheers, and eventually applause as Chapin moved into the final match of the tournament. There, he dispatched South Korean Platinum Pro and fellow World Championship competitor Nam Sung Wook and his three-color Constellation deck in four games to win it all.

When asked what Magic meant to him, Chapin's answer was deep and in nod to how much the game meant to him. "Magic is a world of unlimited possibilities," he said. "It is a space where my imagination becomes reality. It is a world full of interesting and intelligent people that expand my world view. It is another dimension with more to explore than we’ll ever have the ability to fully map. It is the greatest game I have ever seen, but it is much more than a game. Magic is a vehicle for experiencing life more fully and in more colorful and interesting ways. It means never being bored ever again, as there is always more to think about with Magic."

For Chapin, he'll have a chance to play at the highest level of competitive Magic very soon.