Longtime Magic pro and Pro Tour Amsterdam 2010 champion Paul Rietzl has had a very eventful year. His Top 8 at Pro Tour Theros and a Top 16 finish at Pro Tour Journey into Nyx led to platinum status for this season, but it was that Top 8 in particular that made a case for him to be inducted in the class of 2014's Magic Pro Tour Hall of Fame. It was just one of many memorable moments from his last year in the game.

"I had the great honor of being inducted into the Magic Hall of Fame," he said. "I was joined in Hawaii by my parents and my (then) girlfriend who has since become my fiancée! So, that weekend in Honolulu is one I will never forget. I made a few Top 8s this past season, but none sweeter than at Pro Tour Theros last fall. Finally, Magic is about the places we go and the friends we make. Seeing Matt Sperling finally make his long-awaited Pro Tour Top 8 and Patrick Chapin finally win a Pro Tour was very gratifying."

Rietzl's induction into the Hall of Fame has placed him on a plateau among the game's greatest, many of which were part of his local tournament scene during his beginnings in the game. "The local tournaments in Boston were brutal," he explained. "Many players who went on to Hall of Fame careers populated the average Friday Night Standard tournament at Rob Dougherty's Your Move Games in Somerville, MA. The first time I ever made the finals of the tournament, I was quickly dispatched by Dave Humpherys." 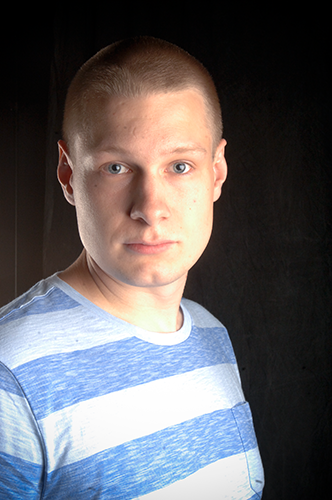 It was trial by fire in Rietzl's early years, but the stiff competition in his local scene paid off and aided him in becoming the player that he is today. However, the long-passed Junior Super Series was another experience that was instrumental in shaping his Magic career. "Playing in the Junior Super Series was a formative experience for me," he said. "Having that early taste of competition and success made me want more. Getting to travel to US Nationals and play in a tournament alongside all the Pros I admired used to be the highlight of my summer."

What makes Rietzl's accomplishments in the 2013-2014 Premier Play season so impressive is that, like many of the game's long-time competitors, he is now juggling his weekend pursuits on the Pro Tour with a demanding full-time job. The commitments to his career and family have made traveling to Grand Prix to accumulate Pro Points a particularly difficult task. Despite that, Rietzl's performance last season got him enough Pro Points to not only maintain Platinum status through the next year, but it also cemented his seat in the 2014 World Championship in one of the at-large slots.

"Because I'm not able to play Magic full time, I never thought I'd qualify for the World Championship," he said. "It means everything to me. I've dreamed of playing in this tournament since I first watched it online. To be a World Champion? That would be an incredible cap to my long career in this game."

The weekend warrior and Hall of Famer will be bringing his best game to Nice, France. However, twenty-three other players comprised of the world's best and brightest will be competing against him in pursuit of the coveted title.

Will Rietzl cap off his memorable season with a World Championship trophy? We'll all find out soon enough.