Of the twenty-four competitors in the 2014 World Championship, none have the history that Raphaël Lévy possesses. The 2006 Hall of Famer has a place in the top 10 all-time money leaders (surpassed by only one other World Championship competitor this year), over 500 Professional Points earned in his career, and a Grand Prix win in three different decades.

Like many of the game's greats, Lévy's experiences with Magic began at an early age. "I started playing Magic when I was 12 or 13, pretty much at the beginning of the game," he said. "Mehdi, a friend of mine, told me about the card game he was playing and spending all his pocket money on. We started playing together along with another friend, with home rules."

"Back then, I was really into chess and thought that it could just be another fun past time," he added. "But I got hooked, and I went to check on other local players, to actually learn the rules…"

From there, Magic went from a game that piqued his interest to something far greater. Lévy played at his first Pro Tour in 1997. It was there that Manuel Bevand, an old-school pro, saw the potential in Lévy's play and asked him to join his team, comprised or more than one current Hall of Fame player. This encounter fueled Lévy's fire for maintaining a place on a Pro Tour. 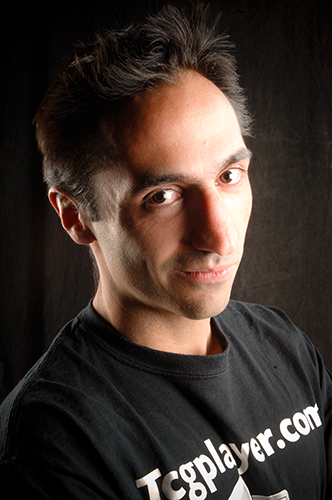 "I was more motivated than ever to show what I had in me, so I took a night train to Dijon on my own—I was 16 at the time—seven hours away from home, to play a PTQ to qualify for Pro Tour Mainz," he explained. "I proceeded to win the PTQ, and I never had to play a PTQ again in my life to qualify [for the Pro Tour]."

Lévy's career took off shortly after, and throughout the last seventeen years he has remained a common sight at the top tables. A representation of French Magic's early era, it came as little surprise to see him leading France's team for the 2013 World Magic Cup, comprised of the game's upcoming French stars, on their path to victory.

"The team was ready. We had prepared well and there was no doubt in my mind that we were favorites," he said.  No doubt the team was well poised to win, but team Hungary, a team that aimed to improve on its Top 4 finish from the previous year, were not prepared to give up the title.

The final match of the 2013 World Magic Cup winded down, and the last game between Timothée Simonot and Adorjan Korbl would decide it all. And in the final turn, where it appeared that Hungary locked it up, one draw decided it.

"Up until the last moment, I believed in it," he said. "When Timothée peeled the decisive Rakdos's Return, the moment immortalized by Rich Hagon's Marseillaise (the French national anthem), it was obviously a big relief, but also a feeling that we had accomplished what we came to do."

As the captain of the team that won last year's World Magic Cup, Lévy now had the opportunity to earn another title: world champion.

Will it be Raphaël Lévy that overcomes the 2014 World Championship field in order to add another big win to his career? You'll have to tune in to the coverage of all the action from Nice, France in December to find out.