This is going to be a tournament to remember for Raymond Perez, Jr. As the 2013-14 Rookie of the Year, Perez is the player with the least professional experience in the World Championship. He is entering a cutthroat field of 23 other players that includes 7 Pro Tour Winners, 15 Grand Prix Winners, 4 Players of the Year, and a World Champion. No matter how you slice it, there are no easy matches at the World Championship, regardless of who's playing. Yet on his way to winning the Rookie of the Year title, Perez proved that he has what it takes to play against the best in the world, and that he deserves his seat at the table.

"There were three very memorable moments from last year," Perez recounted. "First was when I won my PTQ for Pro Tour Theros. I had been playing competitively for three years at that point, and I'd made Top 8 at five PTQs that season before I finally won one. It was the final PTQ of the season, and I was able to make it happen. It felt so unreal. The next was at the Pro Tour itself, where I finished 11th after going 6-0 in Draft. I put a lot of time into preparing Pro Tour, which I did alone, and it was quite a relief to see that I could do this, that I had the ability and belonged at the Pro Tour level. The last thing has been meeting all of the new people that I now call my friends. I have really enjoyed traveling the world and meeting all sorts of new people, all while playing the game I truly have a passion for. It's amazing to be able to have these opportunities and be able to share them all with friends along the way. It is truly an honor to be able to take part in every tournament I am able to attend, including this one!" 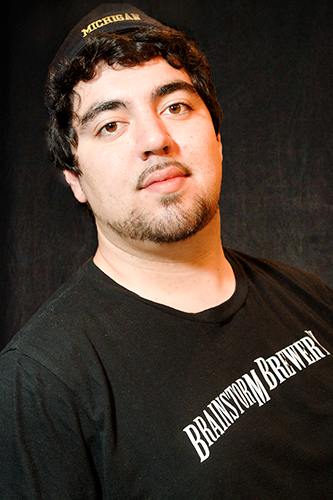 The World Championship is the tournament of tournaments, with only the toughest competitors and finest play. These guys routinely butt heads at the top tables at the Pro Tour, and sometimes, rivalries can emerge from that. Perez has set his sights particularly high, looking to get revenge against the reigning Player of the Year.

"I am really looking forward to possibly playing Jérémy Dezani," Perez admitted. "Last time we played was in a feature match at Pro Tour Theros, where he beat me. I would love a shot at evening the score! I will be learning more at this tournament than any of the past ones, so I wouldn't dream of shying away from anyone I might face. I cannot wait to play every round and hopefully advance my play at the end of the tournament!"

Looking to improve, Perez has his sights set on the many lessons he's sure to learn from the other greats of the game, but he hasn't forgotten the ones who have helped him earn his seat in the World Championship.

"Jeremy Pinters is one of the guys who has been instrumental in shaping the player I am today," Perez revealed. "We have become good friends over the years, starting back when he decided to let me play and hang out with his group at a young age. He is one of the smartest guys I know and helped me on all levels of my game. He's since moved away from my area, but we still see each other and talk from time to time. Without him, I don't think I could have improved my skill level at the rate I did in the first years of playing competitively."

"Adam Jansen has also helped me in shaping my current game. We met at a PTQ and got a chance to hang out in Ireland. He helped me with the last minute choices for the Esper Control deck I played there. He and his wife were also a huge part of keeping my game tight by being around to hang out, letting me refocus throughout the weekend. Since then, I have worked with him for the majority of the Pro Tours I have played, and he continues to help me with taking my game to the next level."

Needless to say, Rookie of the Year is the first step along a potentially bright Magic career, but it also comes with a lot of expectations and pressure. Past Rookies have gone on to become Hall of Famers and Pro Tour and World Champions, while others haven't fared nearly as well. Still, Perez's desire to learn from the players he has respect for along with his ability to keep himself open and aware are certainly assets that will help him over the days of the upcoming World Championship.

"Playing in the World Championship was a dream that I had when I first got to the Pro Tour scene," he admitted," and now it's one I get to live that dream. I have always wanted to prove to myself and others that I have what it takes to play at the top levels of competitive play, and I intend to show the world that I can! Winning it would mean much more than words could ever describe. Magic has been such a huge part of my life throughout the years that being able to say that I won the World Championship would be something I could never forget."