Long-time player Samuel Black started off the 2013-2014 Premier Play season strong. With a Top 4 finish at Pro Tour Theros, Black followed that up immediately following the Pro Tour with a Top 8 finish at Grand Prix Louisville 2013. He'd go on to make it into the playoff rounds of two more Grand Prix in the remaining weeks of 2013, propelling him to a lock on Platinum Pro status for the season, and giving him the necessary Pro Point lead to secure one of the at-large invitations to the 2014 World Championship before the vast majority of Pro Players even secured Gold status for the season.

It was no surprise that the period of October through November stood out as Black's most memorable moments from the 2013-2014 season. "While I can honestly say that almost every moment in the house with The Pantheon is as memorable as it is delightful, the most memorable moments for me have to be my greatest successes, and, sadly, the losses that came with them," Black explained. "A great run in Dublin ended with a perfect string of draws for [Pierre] Dagen when I thought I was about to make the finals, but it was followed by my best month of Magic ever, when I put up world class finishes that I honestly didn't believe I was capable of." 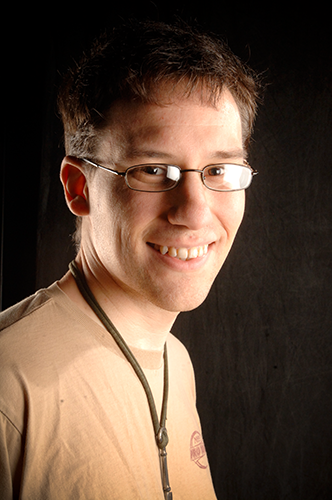 Black's best month says a lot, as well. The Madison, Wisconsin resident has been playing Magic non-stop for well more than half of his life. "I learned to play in the spring or summer of 1994 when I was 11, so over twenty years now, and I've never put it down or stepped away from the game," he recalled.

"I have a surprising number of vivid memories from when I first started playing," Black recollected of his childhood. "I remember the exact experience, sitting around a coffee table on my living room floor playing my first games, four player games played with two starter decks of Revised. I still remember the rares and a lot of the other cards in those decks, even though I didn't own any of them."

"We misunderstood the rules, and thought everyone untapped at the same time, then everyone drew, then it was everyone's main phase, then combat. We didn't understand that players alternated turns. This would have made combat incredibly confusing, but we only played multiplayer, and every attack was negotiated before it was declared."

"I remember the first few real decks each of my friends started playing, and who owned which rares that no one else had. It's really amazing to me how much has stuck with me from when I first started."

"I remember attending Gen Con in 1994, and looking over at a roped-off area where people were playing Magic. I couldn't see the cards well, but they looked completely unfamiliar. Everyone had these weird gems in play that I'd never seen before, and I wasn't even sure it was the same game. I learned years later that I'd almost certainly unknowingly watched some of the first World Championship tournament."

"I remember my first tournament, less than a year later, my first matches, my first success. I could go on for way too long, so I'll cut myself off here."

In the span of twenty years, Black has created an untold number of memories, friendships, decks, articles, and experiences. As one of the game's most active members in the community, the 2014 World Championship offers Black the opportunity to show off what he's capable of.

"Playing in the World Championships is a great honor, and a great opportunity to show off, if I'm being totally honest," Black said. " I'm not competitive the way most pros are. I'm not looking to win to beat someone else, I'm looking to win because it tells me that I've done my job—understanding Magic—well, and I'm looking for praise. Winning the World Championship would be something great to brag about, but mostly, it would just make sure that I could keep doing what I love."