Magic: the Gathering might be one of the best teaching tools there is. It can teach you about the value of things, cause and effect, sportsmanship, the importance of being decisive, critical thinking…the list goes on and on.

One player who has learned a great deal from the school of Magic is Tom Martell. Having played the game for the better part of two decades, Martell has gone from being that inquisitive kid learning about Magic at a summer camp to a Pro Tour champion. These lessons came with a price, though. Buried in responsibility, Martell actually quit the game to focus on studies, but a chance meeting in New York changed everything.

Upon graduating college and moving to New York, Martell chanced upon an invite to the legendary Jon Finkel's apartment. This inspiring event helped shape Martell into the player he is today. Other than the obvious game skills playing with some of the best players the game has known will teach you, he learned one other important lesson—humility.

"I was a cocky kid, and I wasn't nearly as good as I thought I was," Martell freely admitted. "Now, I was playing with some of the legends of the game, and that put me in the right mindset to shed my ego and just learn." 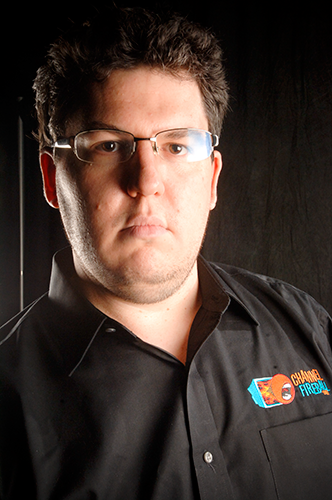 And learn he did. It may have taken about ten years, but Martell hit his stride, winning Grand Prix Indianapolis in 2012, followed by an incredibly dominating performance en route to a victory at Pro Tour Gatecrash in 2013 and another Grand Prix title in Sacramento earlier this year. Now, Martell sits poised to participate in his second consecutive World Championship, and he couldn't be more excited.

"It is an incredible honor to be playing at Worlds," Martell beamed. "We've all put so much of ourselves into this game, so having the chance to compete against the best to become the World Champion is impossible to play down. Taking the tournament down would be my greatest accomplishment in Magic."

Martell is excited for a chance to once again play on the biggest stage in Magic against the biggest names in the game today. There is no greater teacher than experience, and there is no experience quite like playing in the World Championship.

"I love playing against the best players, win or lose, and so many of the best in the game will be in this tournament," he said. "I can't wait."

Win or lose, Martell knows that he will learn something from this experience, a lesson he hopes to pass on to any players hoping to someday fill his seat.

"Always be looking for ways to improve and assume that there is always something to be found in a loss," he advised. "The easiest way to stall your development, as well as to spoil the fun of the game, is to get angry at variance or chance every time you lose."