Longtime player and class of 2013 Hall of Famer William "Huey" Jensen's 2013-2014 Premier Play season proves precisely why he was inducted in the first place. Having just returned to the game a few years ago after a hiatus, Jensen has been traveling to every event he can get to in order to prove that he is one of the best.

After kicking off the early months of the previous season with a win at Grand Prix Oakland, before his induction at Pro Tour Theros, Jensen would go on to add seven more Grand Prix Top 8s to his resume, giving him the record for most Grand Prix Top 8s in a single season. He culminated his incredible run with a fifth career Pro Tour Top 8 in Portland.

"The most memorable moment from my last year of Magic is probably making my fifth Pro Tour top 8 at Pro Tour Magic 2015," Jensen said. "After returning to Magic a couple of years ago, I really wanted to prove to myself that I could still compete at the highest level, and after making Top 8 of that Pro Tour, I felt like I had done that."

Jensen's 2013-2014 season was truly epic. Eight Grand Prix Top 8s including a win, one Pro Tour Top 8, and an invitation to compete in the 2014 World Championship thanks to his end-of-season Pro Point total have not come close to slowing him down. 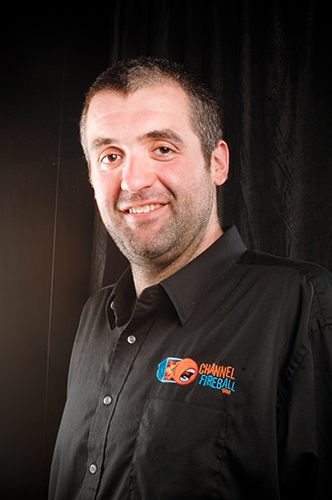 Immediately following Pro Tour Magic 2015, Jensen showed no signs of stopping when he, alongside "Peach Garden Oath" teammates Reid Duke and Owen Turtenwald, swept through both days of Grand Prix Portland's Team Limited rounds to earn their trophies. It was a sight to behold, and also one of Jensen's fondest moments from the last year.

"I know how hard those guys work to succeed at Magic, and I know how gratifying it is to convert that work into tournament wins," he said. "Sharing a moment like that with close friends and teammates makes it even more special."

Jensen will be joined by his Peach Garden Oath teammates in Nice, France in a couple of weeks, but there can be only one world champion.

"The World Championship seems like one of the most fun tournaments in Magic's history," said Jensen. "It's a very small, very elite, best-of-the-best competition. Getting to compete in something like that is a real honor, and having the opportunity to potentially win it, and put your name in the record books as a Magic World Champion is something truly special."