There is no player in the game today that epitomizes Brazilian Magic like Willy Edel. A 20-year veteran of the game, Edel has transitioned from starry-eyed Pro Tour newbie to veteran father-figure to actual father, and Magic has been there for him through it all.

"Most of my Magic-playing life has been filled with trial and error—mostly errors," Edel joked. "Since I was one of the precursors of modern Brazilian Magic, there wasn't anyone to help me figure things out. We didn't have access to the same level of information as the rest of the world. As such, most of the Brazilians that traveled for Magic, we tended to lose, but we ended up stronger for the experience. Hearing stories from the first Brazilians to play in the World Championship and seeing players like Kai Budde winning over and over again made me really want to become a Pro Magic player."

As times have progressed, though, Brazil has become more and more influential on the Magic scene, spawning a World Champion in Carlos Romão and Hall of Famer Paulo Vitor Damo da Rosa. Through this progression, Edel functioned as the elder statesman of Brazilian Magic, educating newer players on the ways of the Pro Tour, from menial tasks like travel preparation to the finer points of teamwork and preparation. Without his work bringing the newest generation of Brazilian and Latin American players up, the region wouldn't have the strength it currently possesses. 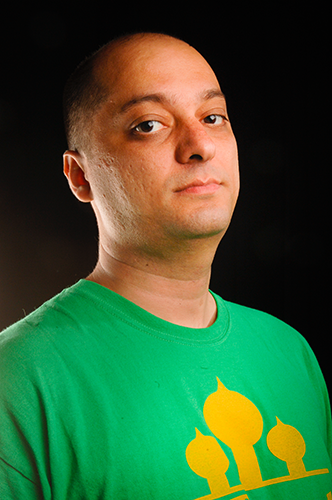 Through it all, Edel has maintained his own high-standard of play, though he himself admits that he has had a rough year.

"Last season was tough for me," Edel admitted. "I had mediocre Pro Tour results, but I did manage to Top 8 two Grand Prix. My favorite tournament of the year by far was the World Magic Cup last year. We on the Brazilian team were so close to a coveted Top 8, which would qualify all of my amazing teammates for the next Pro Tour. We ended up drawing two matches which we could have won, narrowly missing the Top 8. Even though it was the best finish a Brazilian team has ever had, I know we could have done better, and I'm looking forward to the chance at the World Magic Cup this year!"

Edel has done an amazing job championing the Latin American community, but it was the feedback and acceptance that he garnered for an English article series that he wrote that particularly struck him from this year.

"The most memorable moment of this past year has been receiving the feedback I got on the Modern Jund article series I wrote for Channelfireball.com," he recounted. "Until then, I had only written in Portuguese for Brazilian sites, and I had no idea how the Magic community at large would respond to me. Every time that someone approached me saying that they won a PTQ or something like that thanks to my deck or with my article's help—which happened a lot—I felt like I had won a Grand Prix."

One of the best players not only in Latin America but the world, the World Championship gives new father Edel the validation and recognition that every player aspires to have.

"Playing in the World Championship for the second time is recognition that I am among the best players of a game that I love so much and has been such a big part of my life," he said. "Winning it would be a lifetime achievement, and not only Magic-wise. It would be my Oscar, something I can show my son and remember forever."