Few players outside of Japan may have heard about Japanese player Yuuki Ichikawa at the start of 2014, but by the end of the year, he has quickly become one of Japan's brightest rising stars. Ichikawa has had an explosive year on the Pro Tour scene, earning his first Top 8 at Pro Tour Journey into Nyx, and then following it up at Pro Tour Magic 2015 just a few short months later. The back-to-back Pro Tour Sunday appearances secured Ichikawa's invitation to the 2014 World Championship as one of Japan's top Pro Points leaders.

For Ichikawa, it was a year filled with many memorable moments, but it was his Round 16 match against Hall of Famer Jon Finkel at Pro Tour Magic 2015 that truly stood out from the rest. "My most memorable moment was playing Jon Finkel, whom I have admired since I was in grade school, in a bubble match at the Pro Tour," he admitted. "I won, which helped me get into my second consecutive Pro Tour Top 8, making 2014 my best year yet." 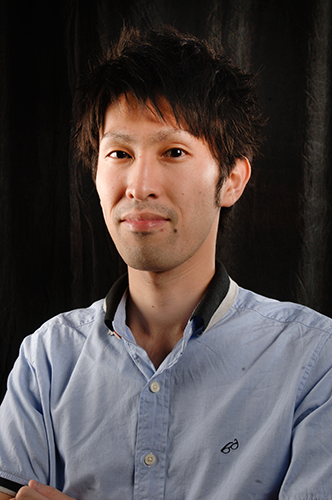 Ichikawa's first experiences with the game were at a young age, but it wasn't until much later into Magic's modern era that Ichikawa became enthralled with competitive play. "I started playing in grade school, for about a year after Mercadian Masques came out until Invasion," he explained. "I came back when Scars of Mirrodin was released, and I've been playing ever since then, for about four years now. I started playing in competitive events like Grand Prix and Pro Tour Qualifiers about a year after I picked up the game again."

It was not long after Ichikawa's return to the game that he began streaming Magic Online on NicoNico, Japan's live-streaming service. He still continues to stream, with his page sitting at over one million views. "Soon after I picked up Magic again, I started streaming Magic Online," he said. "Naturally, at the time my playing and deck building skills were atrocious, but everyone who was watching my stream was kind and gave me all sorts of advice."

"I don't know their names or their faces, but without their help I wouldn't have been able to make it this far," Ichikawa continued. "I am deeply grateful for their words and encouragement."

Given his recent explosion onto the scene, and with the 2014 World Championship looming, you'd think that Ichikawa would have a player he was hoping to play or avoid based on his past experiences at the Pro Tour. However, when asked if there was anyone he was eager to play against or avoid, he answer was quick. "Not really," he said. "Lightning Bolt deals 3 damage to anyone regardless of who they are, and Grizzly Bears is nothing more and nothing less than a 2/2. My approach to Magic is to play treating everyone as equals, and the World Championship is no different."

Ichikawa has impressed in only a few months, with animated play and a level of focus seen in few. As one of Japan's rising stars, it'll be interesting to see how he approaches a tournament as unique as the 2014 World Championship.