There have only been a handful of players that have been so dominant at the game of Magic that it felt like they could never lose. Kai Budde and Jon Finkel, the first true juggernauts of the game, seemed simply unbeatable for a stretch of a few years, earning them their rightful places at the all-time pinnacle of the game. One other player that has, at times, shown that flash of brilliance, that sheer domination, has been Yuuya Watanabe.

This year, upon winning Grand Prix Beijing, Watanabe crossed a threshold that only one other player in Magic history had, tying the legendary Kai Budde with seven Grand Prix wins.

"I will always remember winning my seventh Grand Prix, tying Kai Budde's record," Watanabe admitted. "But I don't want to stop there. I would like to try to win one more somewhere to make a new record of my very own." 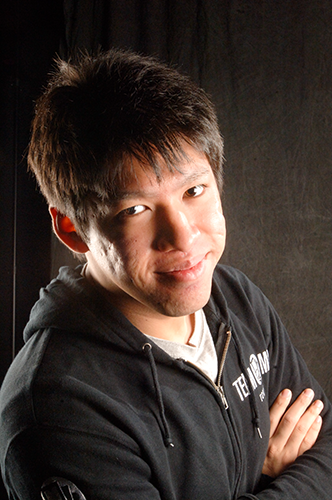 While he may come from a different era of Magic than Budde, Watanabe is not exactly new to the game, having burst onto the scene with a win at Grand Prix Kyoto in 2007. Along the way, he has gotten a push from other Japanese luminaries, such as Hall of Famers Shuhei Nakamura and Masashi Oiso.

"One of the most influential people in my Magic career has been Shuhei Nakamura," Watanabe revealed. "I credit him with my being able to earn Rookie of the Year. If he hadn't been around, I don't think I would have become a pro Magic player."

"One of the biggest learning experiences in my career was the semifinals of the 2008 Japanese National Championship, where I played against Masashi Oiso. I was pretty confident in both my deck and skill, but he was simply better and I was crushed. It made me realize how much of a gap there was between me and the bigger world, and that actually motivated me."

Getting to that next level has taken a lot of work, but in the end, it has clearly paid off. As Japan's Pro Point leader for 2013-14, Watanabe has tested himself at the top of the game a number of times in the past, picking up seven Grand Prix titles, three Pro Tour Top 8s (but no titles), a Rookie of the Year title, and two Player of the Year titles, something no one other than Kai Budde himself has done (he has four). Watanabe has intimately learned the difficulty of reaching the top of the game, and has a great respect for those players who have managed to do so.

"If you want to be a professional Magic player," he began, "you are going to have to make sacrifices. It can be time consuming and absorbing. Managing a job at the same time is incredibly difficult. Well, unless you're Makihito Mihara, of course…"

The World Championship is the endgame for every professional Magic player. There is no tournament more difficult or prestigious. To be the World Champion is an honor that only a handful of the game's greatest can claim.

"Playing in the World Championship is a validation of everything I've worked at for the past year," Watanabe reflected. "Winning it would make me happier than I've ever been."