ri Peleg and Team Switzerland are the 2007 Magic World Champions! 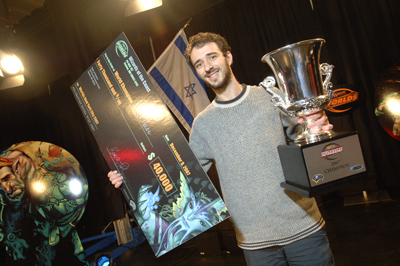 Peleg became a trailblazer for all Magic players in Israel.There's something for everyone in the coverage, from Draft Viewers (including the new Two-Headed Giant Draft Viewer) and Deck Techs to video clips and hours of podcasts, plus Craig Jones's Pro Player Blog and Hall of Fame profiles of Kai Budde, Zvi Mowshowitz, Tsuyoshi Fujita, Nicolai Herzog, and Randy Buehler.

That's only the tip of the proverbial iceberg. Take a few minutes, put that mouse finger to work and discover how history was made at the 2007 World Championships.