et's talk for a moment about the 2011 Magic Online Community Cup. It's going to take place from June 15-17 and feature Scars of Mirrodin block draft, Standard, and Modern (which allows cards printed in Eighth Edition or later). You can get full details on the event itself over here.

Ah, but who's going to participate? What team will the Community put forth to face off against the Wizards of the Coast team? Where can you find that information? And more importantly, why am I asking you? Because the answers to those questions are: "We're about to tell you, we're about to tell you, right below this paragraph, and it's a rhetorical flourish that kind of got out of hand." 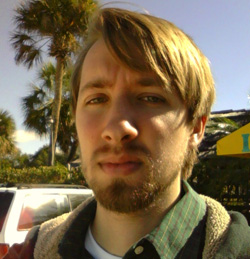 When did you start playing Magic? I bought my first packs around the release of Legends (they were Revised), but I don't think I played a real game of Magic until Fourth Edition!

What's your favorite Magic card? Survival of the Fittest; I like having options and playing with a variety of different cards (which is surely related to my format of choice).

What's your favorite format? Singleton (on Magic Online, 100 Card Singleton); it feels like the best Limited decks (only stocked with Magic's most powerful and interactive cards).

What was your reaction to getting selected? Initially, I was a surprised as Ertai during the events depicted in the artwork of Ancient Runes, but now I am excited to chat about the future of the program with its enthusiasts and designers and honored to represent the community.

Got any final words? The community team will beat up Wizards employees for the greater good of the Magic Online! (And thanks to whomever nominated me—I appreciate it!) 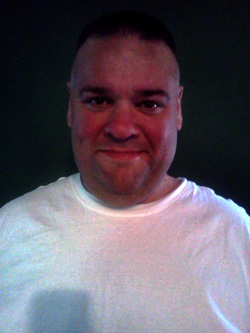 Joe is a tireless beta tester. Tireless, we tell you! He's probably somewhere out there right now, beta-testing.

When did you start playing Magic? The year the Limited Edition Beta set was released in paper, so 1993/1994.

What's your favorite Magic card? Time Walk for paper. Online I would have to go with Kor Skyfisher.

What was your reaction to getting selected? Very very excited!

Got any final words? I felt very honored to be pick for this year's community team year. It made me happy that Wizards renamed the Cup in memory of Eirk. Multiball!! 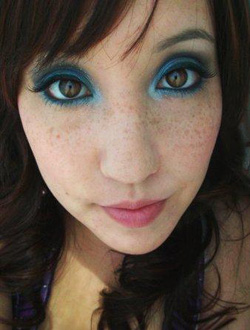 When she's not being a cadette with the Frag Dolls, Sunie maintains a Magic blog in the Wizards Community.

What was your reaction to getting selected? Exuberant! I thought someone was playing a trick on me. I'm still in shock.

Got any final words? I want to thank everyone for the opportunity to help represent the community! The Erik "Hamtastic" Friborg Memorial Trophy will be ours! 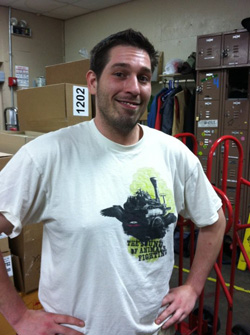 George works on the Classic-format Yawgmoth's Soap Opera podcast and is active in the community.

When did you start playing Magic? I picked up the game during Alliances after playing Overpower and Wildstorm. I played paper till about Invasion and then left. I picked up the Beta of MODO and quit shortly after. I rejoined during Champions block and havent looked back!

What's your favorite Magic card? Savor the Moment. There is something so elegant about this card and it's super duper with planeswalkers.

What was your reaction to getting selected? OMG! I can't believe this. Who the heck hacked my e-mail?

Got any final words? Watch out WotC, we're gunning for you. 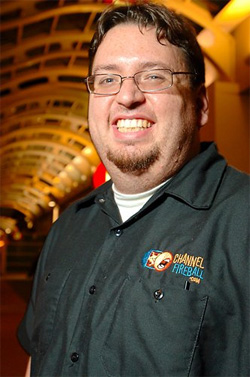 Luis Scott-Vargas is, of course, a great pro player. But between his draft videos, articles and general work on ChannelFireball, he's also a pillar of the community

When did you start playing Magic? 1994, right about when Revised and The Dark were out.

What was your reaction to getting selected? I'm very excited to go to the Community Cup! Because of Magic Online, I was able to play on the Pro Tour, succeed on the Pro Tour, meet a bunch of awesome people, and enjoy countless (and I really do mean countless) hours of Magic in all sorts of awesome formats. When our local store closed, it really was Magic Online that kept me interested in the game, and without it I almost assuredly would not be doing what I am doing today. Being able to represent the community is something I am very happy to do! 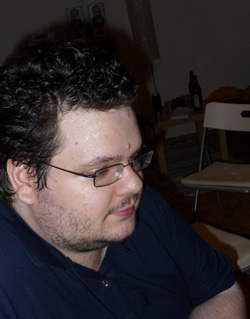 You know what's important? Work in the forums helping new players. And that's what Josef does.

When did you start playing Magic? I started last year about this time with the Planeswalker format, then started with new cards shortly after Mirrodin Besieged.

What's your favorite Magic card? Currently Master Transmuter; if I had any, probably Jace, the Mind Sculptor.

What's your favorite format? Extended mostly because of the Transmuter, even though I have to wait quite a bit longer than with other formats. I hope to replace that with the new Modern format.

What was your reaction to getting selected? HOLY ****!

Got any final words? Quite speechless, still. 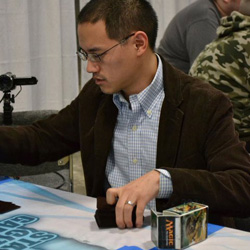 When did you start playing Magic? I started playing Magic during Revised / The Dark, but then stopped playing until picking up Magic Online around Ravnica. I opened my first real booster pack in ten years a couple of months ago.

What was your reaction to getting selected? I'm pretty Incited. It will be fun touring Wizards and defeating the best they have to offer.

Got any final words? Check out the Dual Land Generator at Goodgamery.com! 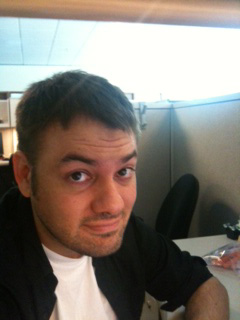 Marshall is one half of the LimitedResources podcast. Although the other half, Ryan Spain, appears to have been hired by some company called "Wizards of the Coast," so the podcast is probably going to change at least a little bit.

What was your reaction to getting selected? In order: Excitement, Stress, Excitement.

Got any final words? Real men play with 40-card decks! 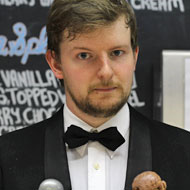 Graham is part of the LoadingReadyRun group, which makes videos we enjoy. Especially this video!

When did you start playing Magic? I started playing Magic way back when Ice Age came out, but in retrospect I didn't really PLAY the game back then as much as I COLLECTED it. I picked it up again last September after playing at the Penny Arcade Expo.

What's your favorite Magic card? My favorite card, since I had one way back in the day, is the original Nicol Bolas. He's a dapper librarian reading a book, and ALSO A DRAGON.

What's your favorite format? I'm in love with the Commander format. My friends all have multiple decks, and it's an absolute blast to play as a casual format. When we've got an entire evening to waste, we combine it with Planechase.

What was your reaction to getting selected? I'm absolutely thrilled to be selected for the team. I know I'm relatively new to the community, but everyone has been so friendly (and receptive to all the Magic content we've been making at LoadingReadyRun), so I can't wait to meet everyone else.

Got any final words? In conclusion, I'd love to talk smack about how Team Wizards is going to fail (we did kick Community Manager Mike Robles's ass at Archenemy once...), but mostly I just hope I don't embarrass the good name of the Community Team.

So what exactly is the Community Team playing for? Well, if the Community Team manages to defeat the Wizards Team, all players who log on to Magic Online anytime on Wednesday, June 15; Thursday, June 16; or Friday, June 17, will be invited to a no-entry-requirement Planeswalker-format Constructed tournament on July 3! All players who play in this four-round, Swiss-pairings event will receive one Magic 2011 booster pack. All players who earn 12 match points by going undefeated will also receive any three Magic Online booster packs of their choice—yes, any three!

If the Wizards Team wins, however, players will not go empty handed; all players who logged in between June 13 and June 17 will receive a Darksteel Relic promotional card with a June 17, 2011 date stamp!

While all new accounts created within the last year have Planeswalker cards, players on older accounts who do not have any Planeswalker cards can contact Game Support to get a free Planeswalker Deck Pack so they can participate in this tournament in the unlikely event the Community Team actually does win.