f you've played in a sanctioned Magic: The Gathering tournament, you might have seen a judge around the place. And maybe you wondered why someone would become a judge. Well, there are lots of reasons. Magic judges get to help keep the tournaments fair and they get to share their extensive rules knowledge. And sometimes they get special judge-only foils!

The two most recent judge foils were released at Worlds in San Francisco, and they are Xiahou Dun, the One-Eyed from Portal Three Kingdoms and Flusterstorm from Magic: The Gathering Commander. They look like this! 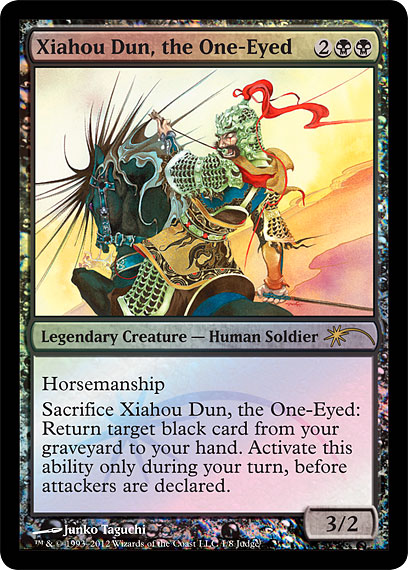 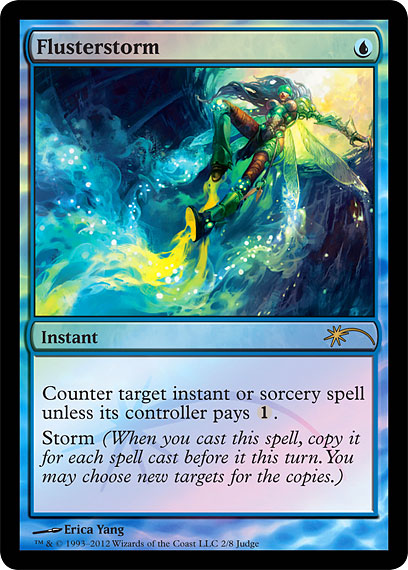 Judges receive judge foils for attending Grand Prix and Pro Tour events and judge conferences. To learn more about how to be a judge, consult wizards.com/judge.