nough fooling around! Let's look at all four Planechase (2012 Edition) decks! Each of these contains 10 new Planechase cards plus a 60-card Magic deck. 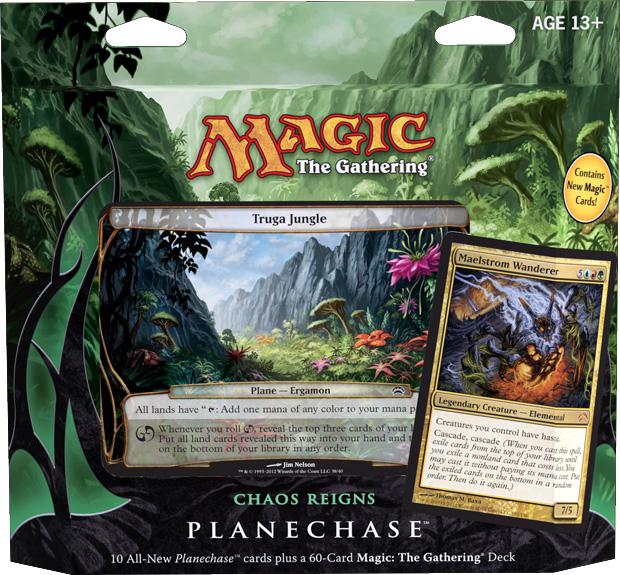 The "Chaos Reigns" deck puts the power of cascade in your hands—cast a spell, then cast another spell for free! Wield all five colors of mana and watch your opponents scramble to deal with every flavor of aggression.

Wait! What's that? Is that "Truga Jungle," a previously unknown planar card? Let's blow that up a little! 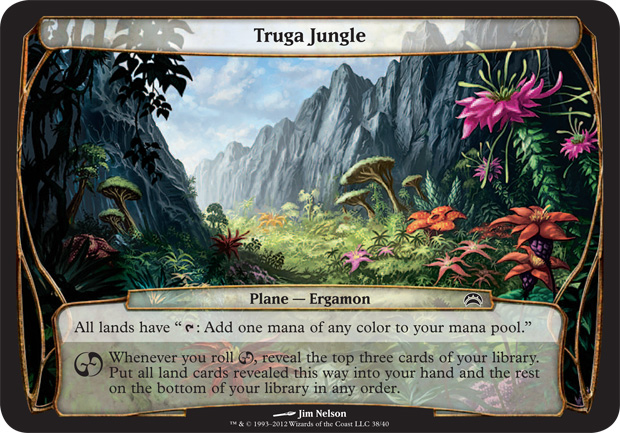 Very nice! Okay, back to the decks. 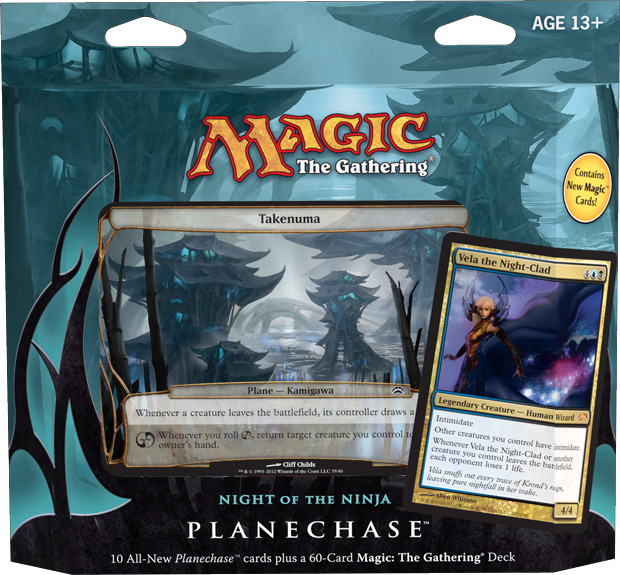 The "Night of the Ninja" deck lets you sneak behind enemy lines, disrupt their plans, and strike silently. Scouts and shinobi pair with disruption spells to keep opponents bewildered until it's too late. 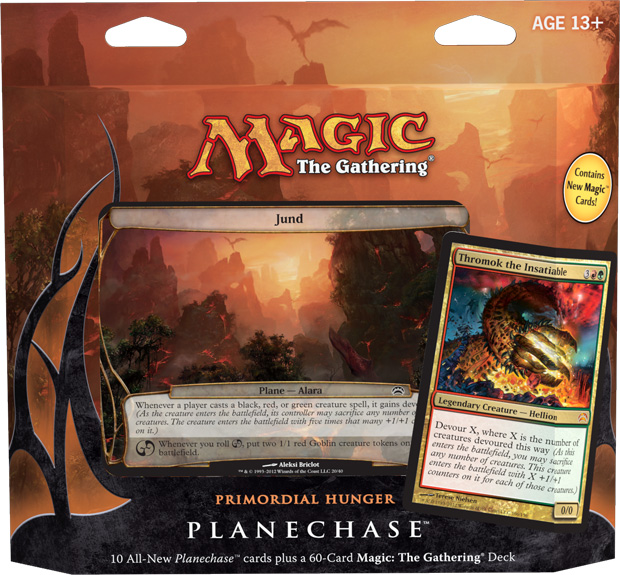 With the "Primordial Hunger" deck, your early threats become delicious snacks for your giant creatures, making them even more fearsome. Just when opponents think you're trying to swarm them, you'll summon a game-ending predator instead. 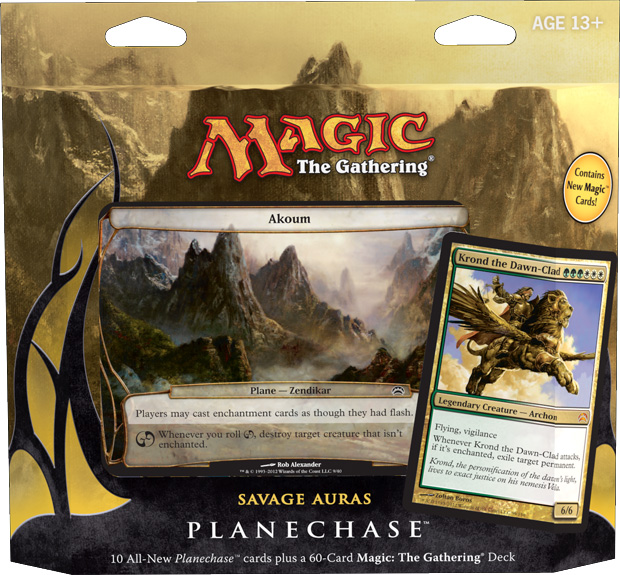 The "Savage Auras" deck shapes light into ferocity. Summon predators and cloak them in protective Umbras to save them from destruction. Meanwhile your auramancy will give your creatures a myriad of death-dealing powers! 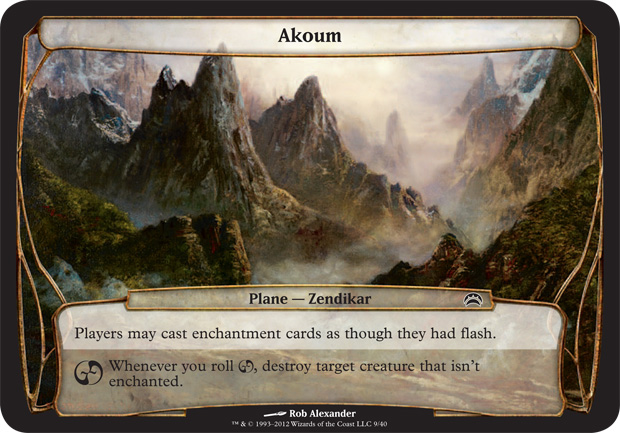 These decks will be on sale on June 1. Be ready!