n celebration of today's launch of the new planeswalker novel, Agents of Artifice, Wizards has created an alternate art Jace Beleren card. This promotional version of the card features the cover art from Agents of Artifice by renowned Magic artist Aleksi Briclot.

Here's how it works: Wizards has provided retailers who are running the Conflux pre-release tournament one card for every copy of the book they order* to use as a gift with purchase in their stores.

Give your local game store a call to see if they are participating, and get your hands on one of the cards! 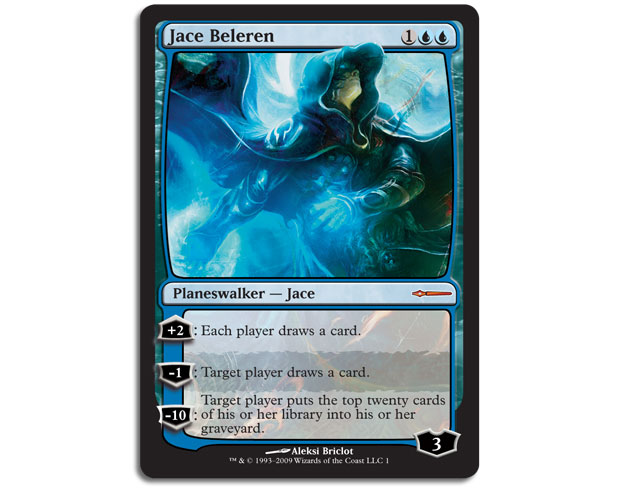 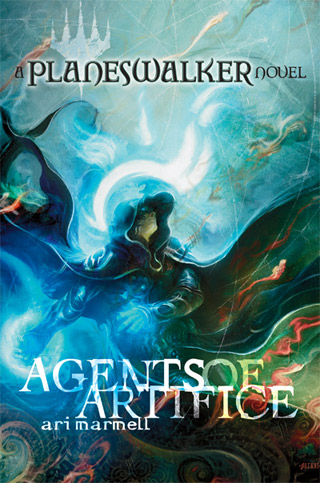 About Agents of Artifice

Jace Beleren, a powerful sorcerer whose rare telepathic ability opens the doors many would prefer closed, is at a crossroads: The decisions he makes now will forever affect his path.

Tezzeret, megalomaniacal leader of an interplanar cabal, marshals the powers of the multiverse for his own nefarious gain.

*Offer begins January 27, 2009 and is valid while supplies last. To receive the cards, retailers must be a core hobby brick & mortar retail location that is running the Conflux pre-release tournament. Participating retailers may have additional terms and conditions of purchase to obtain the promotional card. Offer valid in U.S.A., Canada, and Latin America.