s we may have mentioned, Duel Decks: Ajani vs. Nicol Bolas will be coming out on September 2. But what we have not mentioned is what that will look like! So let's remedy that right now: it looks cool!

Okay, that didn't take up as much space as an Arcana is normally supposed to. Maybe instead of just mentioning its appearance, we should let you actually see it. "Show," that is, as opposed to "tell." 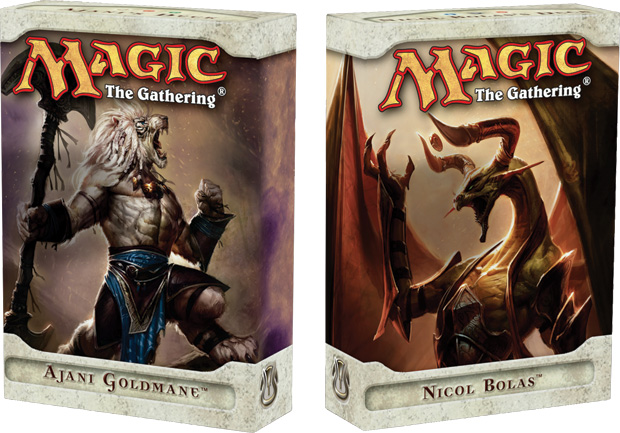 Those are the two decks. But, of course, they come contained in a handsome package: 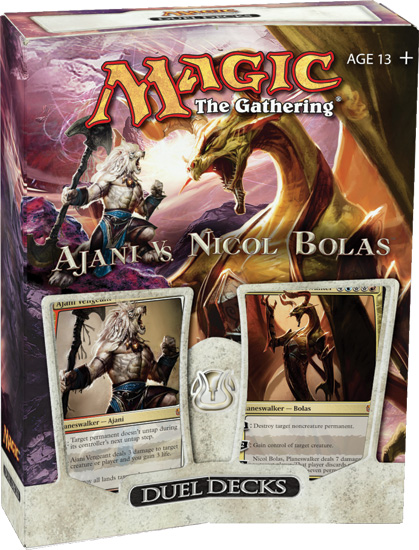 Very nice! Of course, keen-eyed viewers (that's you!) have probably noticed that they can see the titular cards in there. So here, technically, are a couple of preview cards! 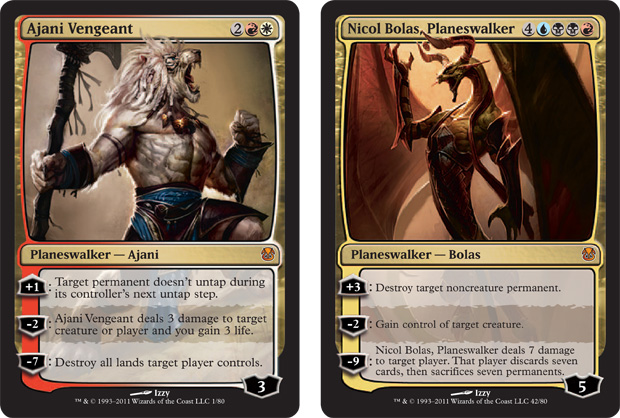