t's confession time. You know those arcanas with the Alpha Playtest Cards? Those are always fun, right? Here are a few links if you'd like to reacquaint yourself.

That's probably not a complete list of places we've shown these cards (Mark Rosewater ran some pictures in his column earlier this year, for example). But it gives you a good overview.

Now, it's time for the confession. Some of the things that were said in these Arcanas were ... not entirely correct. There have been a couple of mistakes. Entirely innocent mistakes, to be sure, but still mistakes.

Luckily, people who used these cards read the column. So, thanks to Chris Page (read a little about him in this Mark Rosewater article), here are some corrections.

In They Didn't Make It, we presented some hand-drawn cards for which we had no context. Chris stepped up! 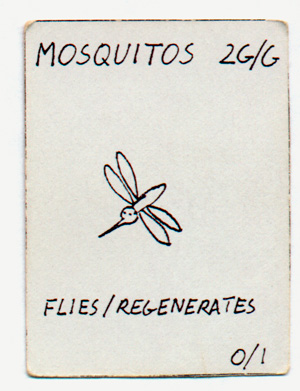 (Later on it would inspire Yavimaya Gnats in Ice Age.)

Mosquitos was a card by Anthony Kosky, used from the sixteenth blank space on the land sheet in Gamma. 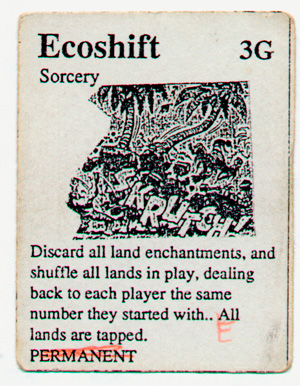 Ecoshift didn't make it because it scrambled decks. 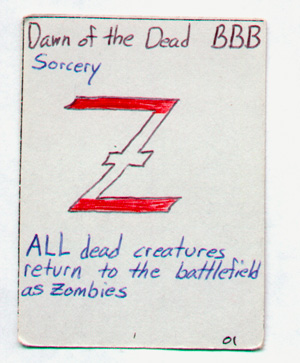 As "Dawn of the Dead" has a 01 in the lower right-hand corner, it was either in Barry Reich (Bit)'s deck, or his card.

Now, let's move onto a spot where Arcana was indisputably wrong.

In Return of the Alpha Playtest Cards, we said that this card was the back of the playtest cards: 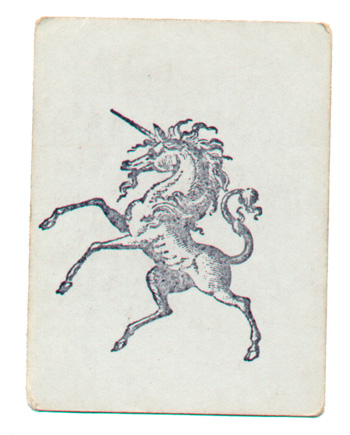 According to Chris (who, after all, was there), the unicorn stamp was to mark the backs of a fixed pool of cards used in a draft league test late in the playtest phase.

He also provided bonus information. Apparently it's technically incorrect to call these "Alpha Playtest Cards." Take it away, Chris!

Alpha playtest cards were Richard's two-person hand-drawn set. Beta was the one after that, Gamma was the third -- which these cards seem to be -- there was more art for those, and Delta was the computer file that would eventually become the first printed set.

Interesting! However, since they were the playtest cards that came before the set that's now called "Alpha," it's probably okay to still call them "Alpha Playtest Cards." And since we've got all those Arcanas already called that, we're going to keep using that phrase.