"I recall reading a few times about alternate art for China, as it is illegal to print images of human skeletons. Your Dimir style guide Arcana has me thinking - what alternate art (if any) was used in China for these skeletal sneaks? In particular, the obviously fleshless House Guard?

"Without that dependable pick, Dimir drafters might be really boned."

Clever choice of words, Jonathan. Yes, it's true, we've mentioned before in a couple Arcanas that Chinese regulations require that skeletons not appear in the art of Magic cards distributed there. Hence, many illustrations are touched up or re-commissioned for a set's Chinese printings.

Here are some examples of the alternate art found on Chinese printings of Ravnica cards. 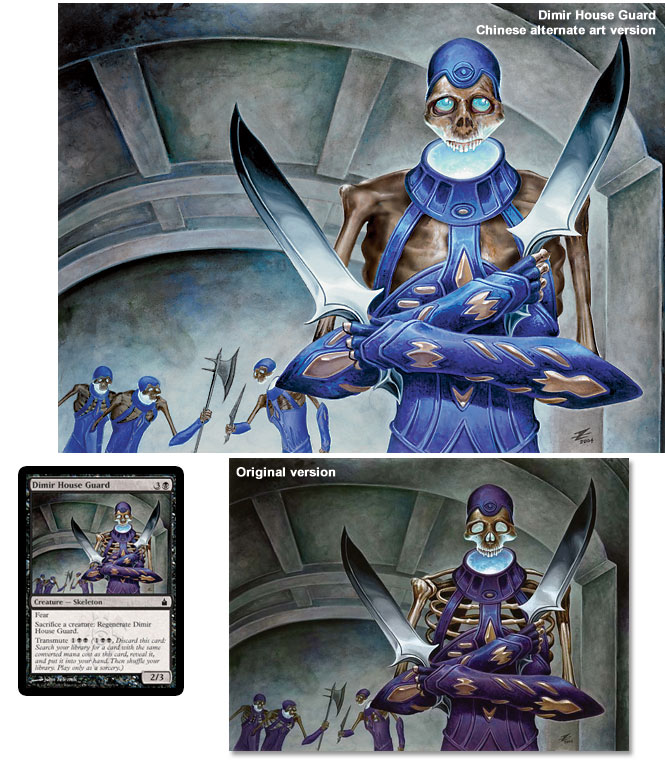 Dimir House Guard is a clear example of a card with skeletons in the art. In this case, some skin was added to the main figure, and even to the smaller figures that are barely visible at card size. The creature is still a gruesome, zombielike monster -- but it's no longer a bare skeleton. 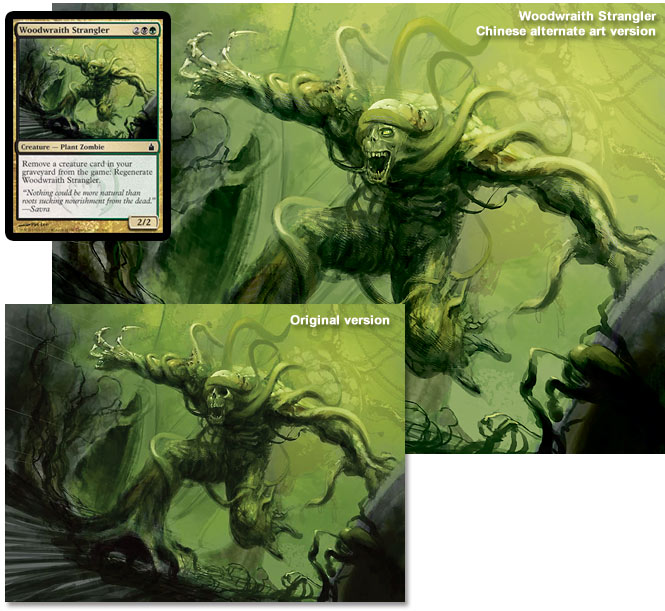 Woodwraith Strangler may be a less obvious case of skeleton art, but its bare-skull face still needed modification. You can see the result here -- a bit of skin over the nose and cheekbones, some filled eye sockets, and some lips over those snaggly teeth, and voila: a Chinese-legal image.