ince the city-plane of Ravnica, especially the Golgari and Dimir guilds, are full of undead, there were several cards in the Ravnica set that needed retouching for the Chinese market. Earlier this month we took a look at two Ravnica cards that had alternate art commissioned for their Chinese printings. Today we take a look at a couple more. 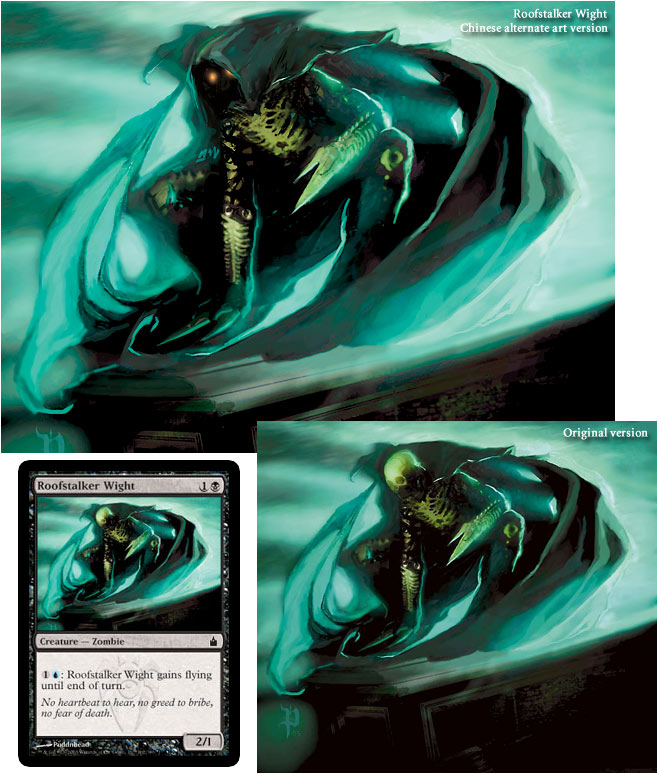 Roofstalker Wight takes on an interesting new look with the hood and glowing eyes instead of his bald skull. He loses the raw, bony malice of the original art -- when you're looking for a brutally efficient assassin, go with the guy with the jawless skull and vacant eyesockets -- but he does gain a kind of Jawa-esque mystery in the Chinese version. 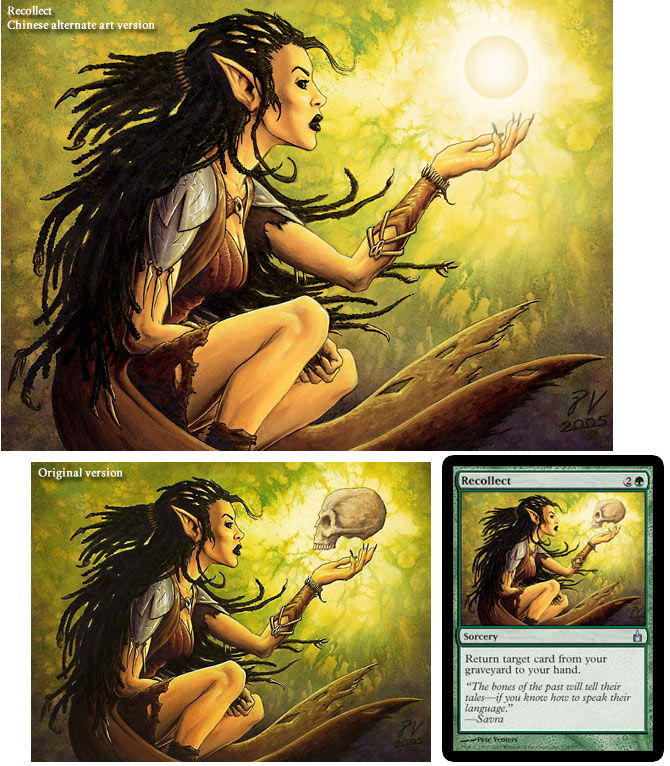 In its Chinese printing, Recollect gives up the whole "Alas, poor Yorick" concept for a more abstract scene in which the Golgari elf contemplates a magical bauble of the past.

There are three other Ravnica cards with alternate Chinese art, which we'll investigate in a future Arcana.