Racing across the blazing steppe, the wave of attackers crests the barren hills. Nothing can stop their reckless advance. These warriors live fast, fight hard, and strike terror into the hearts of those in their path. The scarred countryside seems abandoned. Then, suddenly, hidden fighters spring from ambush. The overconfident enemy recoils in surprise, outflanked and outsmarted. Who will prevail, the swift or the sly? 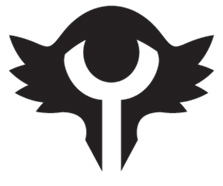 Editor's Note: For those of you curious about the DDN three-letter code, we give Duel Decks a three-letter code of DD + an incrementing letter of the English alphabet (regardless of deck name.) The previous Duel Deck, Duel Decks: Jace vs. Vraska, was officially DDM, and the next Duel Deck will be DDO. This is great for organizational purposes and tracking their release order, but not conducive to conversations. For that reason we chose to make the hashtag #MTGSVC under the belief it was easier to understand and remember.

Additionally, these will be the first Duel Decks released with Magic's new card frames, so the "DDN" three-letter code will be printed in the lower left of each card in the deck. So it was important to include that information in this announcement.