Well, now you can! Archenemy is the first "One vs. Many" multiplayer product. With a deck of twenty oversized cards to beef up your favorite deck, you'll be ready to face off against as many of your friends as your kitchen table can hold. Two? Three? Twenty? Bring 'em on! Here you rule!

On June 18, become the Archenemy. There will be four different game packs, each one with a 60-card Magic deck featuring eight rares, and a 20-card oversized deck. 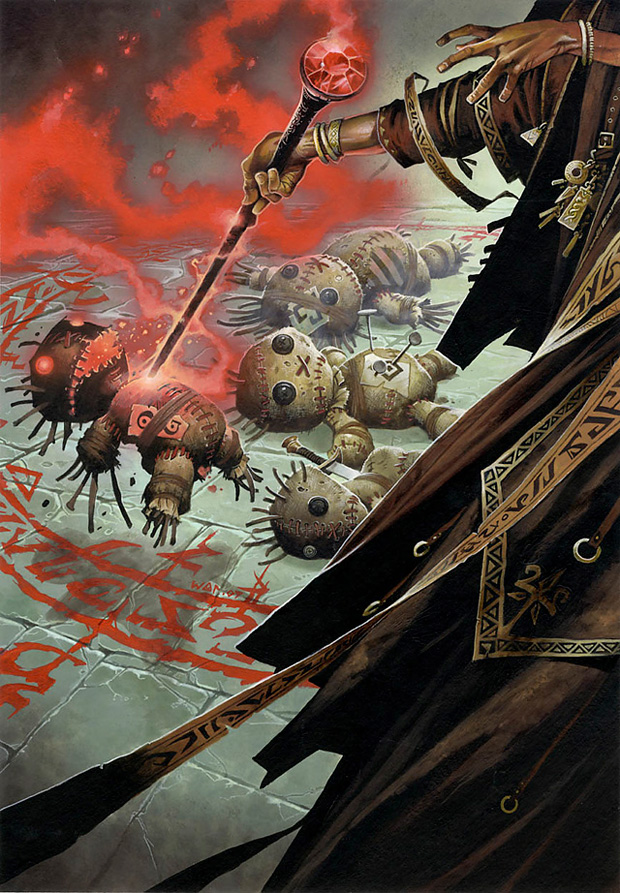