On the world of Innistrad, humans have always been pawns. For the mighty vampire families, humans are the source of blood and the foundation of their power. For the werewolf packs, humans are prey. For the ghouls and ghosts of the plane, humans are reminders of lives gone by, the despised living to be hunted and terrified. And for demons and devils, humans are targets for their hatred and torment.

Sorin was among the first generation of vampires created on Innistrad. He saw how his kind spread over the plane, feeding on and ultimately diminishing the populace. He argued for restraint, but the other vampire families resented his intrusion. Unknown to his kin, however, Sorin was a Planeswalker. He traveled the Multiverse searching for a solution to the grave situation on his home plane. Ultimately, he created the archangel Avacyn, a protector that would watch over the humans of Innistrad and serve as the symbol of hope. Thousands of years later, Innistrad is still afflicted with monstrous creatures, but thanks to Sorin’s intervention, the Avacynian Church continues to lend its protection to the world’s humans.

The fiendish mage Tibalt was born human, but immediately showed a predilection for inflicting pain. When a dark invocation caused his essence to be merged with infernal devils of Innistrad, his Planeswalker spark was ignited. He was free to traverse the Multiverse looking for new unfortunates to torment, but the innocent people of his native Innistrad were always his favorite victims.

Sorin, with his long-sighted, vampiric perspective, knows that humanity may lose its tenuous grip on survival if Innistrad’s monstrous forces hunt too recklessly. The young pain-mage Tibalt, on the other hand, respects no authority but his own vicious whims. As they clash, neither will tolerate anything but the utter defeat of his foe. Who will prevail is up to you. 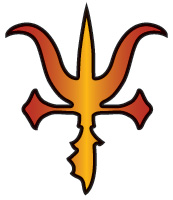 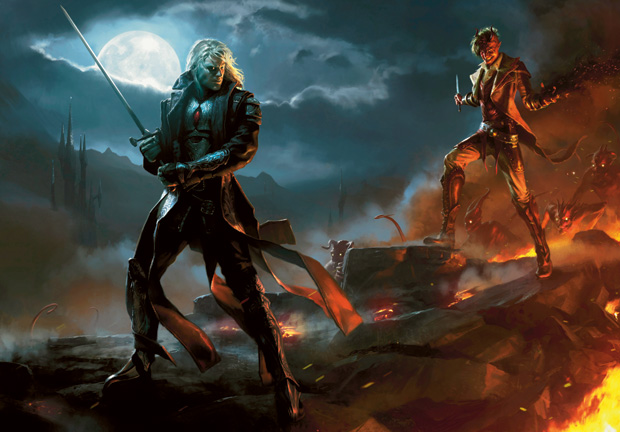