Two Planeswalkers gave their all to save a world—one compassionate, one calculating.

The Planeswalker Koth, from the metal plane of Mirrodin, sought help when his world darkened. He traveled to Dominaria to enlist allies and met fellow Planeswalker Venser.

When Venser recognized the threat to Koth's world was none other than Phyrexia, he knew that the only hope for Mirrodin was to find its maker. But that would mean forsaking its people in the meantime.

Koth would rather die than turn his back on his fellow Mirrans. But Venser all but knew they would die anyway if they failed to reach Karn, his former mentor and creator of Mirrodin. 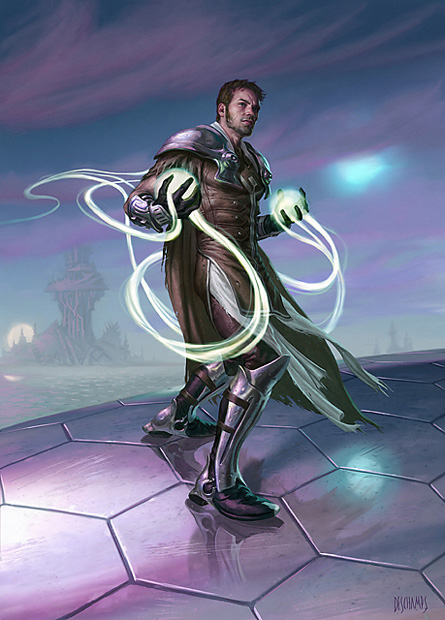 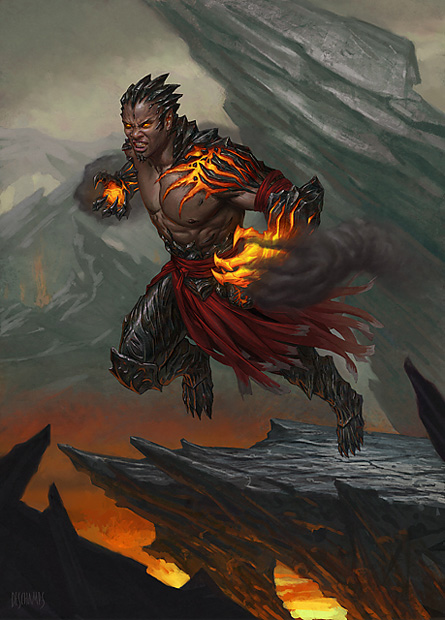 Note: originally, this was going to be available in more languages, but unfortunately our plans have changed. Duel Decks: Venser vs. Koth will be available in English and Japanese.

You might have noticed that we've been alternating "faction vs. faction" Duel Decks (Phyrexia vs. the Coalition, Divine vs. Demonic, etc.) early in the year and "Planeswalker vs. Planeswalker" Duel Decks (Elspeth vs. Tezzeret, Jace vs. Chandra, etc.) somewhere around the release of the October large set.

With Duel Decks: Ajani vs. Bolas coming out on September 2, Koth vs. Venser will make two Planeswalker-focused Duel Decks in a row. Why? Because we think the faction-vs.-faction Duel Decks will be more interesting if we can tie them in to the large set that comes out late in the year. For example, Duel Decks: Phyrexia vs. the Coalition came out in March 2010, seven months before Phyrexia showed up in Scars of Mirrodin. If we move it to October, it gets much more compelling!

So! For 2012 (and possibly beyond), we're going to release a Planeswalker Duel Deck early in the year and a faction Duel Deck later in the year that's better placed to tie in with the October large set release.