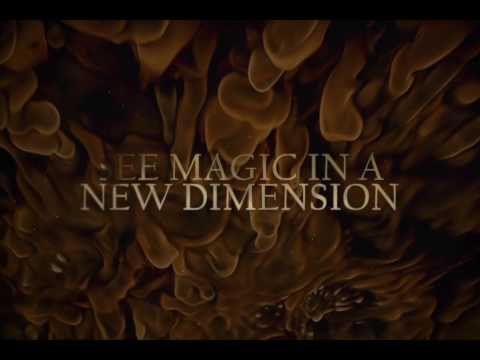 SONY ONLINE ENTERTAINMENT AND WIZARDS OF THE COAST COLLABORATE TO DEVELOP
MAGIC: THE GATHERING -TACTICS™

DENVER, Colo. – November 2, 2009 – Today, Sony Online Entertainment LLC, and Wizards of the Coast LLC announced they are developing Magic: The Gathering – Tactics, an online, 3D turn-based strategy game played within the rich Magic: The Gathering Multiverse.
"By collaborating with Wizards of the Coast, we're able to combine the strengths of both companies to develop an innovative, online, 3D game based on an extremely popular IP," said John Smedley, president, Sony Online Entertainment. "We're going to be taking the Magic: The Gathering Multiverse places players have never seen."

"The growing Magic: The Gathering community has an insatiable desire for great strategic game experiences. Sony Online Entertainment is the perfect partner to transform the best of Magic's story, strategy and competitive play into a fantastic 'Tactics' game experience for current and new Magic fans," said Greg Leeds, president, Wizards of the Coast.

Magic: The Gathering - Tactics will allow players to command forces of dramatic 3D figures and powerful spell cards pulled from the Magic: The Gathering Multiverse. Players can participate in single player scenarios or jump right into PVP action against other players worldwide, 24 hours per day. Magic: The Gathering – Tactics is expected to feature regular content expansions, a robust tournament environment, an achievement and rankings program, and original stories of the Planeswalkers of Magic: The Gathering.

About Sony Online Entertainment
Sony Online Entertainment LLC (SOE) is a recognized worldwide leader in massively multiplayer online games which have entertained millions of players around the globe. SOE creates and delivers compelling entertainment for the personal computer, online, game console and wireless markets. Known for its blockbuster franchise EverQuest®, its successful online trading card game Legends of Norrath®, as well as the recent kids' phenomenon Free Realms™, SOE continues to raise the bar for online gaming and players worldwide. Headquartered in San Diego, with additional studios in Austin, Seattle, Denver, Tucson, and Taiwan, SOE has a slate of engaging, high-quality games currently in development across new genres for all platforms and audiences.

SOE, and the SOE logo, and Legends of Norrath are registered trademarks and Free Realms is a trademark of Sony Online Entertainment LLC in the United States and/or other countries. All other trademarks and trade names are properties of their respective owners. All rights reserved.

About Wizards of the Coast LLC
Wizards of the Coast LLC, a subsidiary of Hasbro, Inc. (NYSE:HAS), is the leader in entertaining the lifestyle gamer. The company holds an exclusive patent on trading card games (TCGs) and their method of play and produces Magic: The Gathering®, among many other trading card games and family card and board games. Wizards is also a leading publisher of roleplaying games, such as Dungeons & Dragons®, and publisher of fantasy series fiction with numerous New York Times best-sellers. For more information, visit the Wizards of the Coast Web site at www.wizards.com.