is a Thursday not just a Thursday? When it's new feature Thursday! Get ready to count to two—that's right, all the way to the big deuce—because we here at magicthegathering.com have two new regular features to announce to expand our site and our focus on the world of Magic.

First, there's the new "Ask the Pro" mailbox featuring Olivier Ruel, a five-time Pro Tour Top 8 competitor. Olivier will be sharing his insights regarding life on the Pro Tour, high-level competitive play, world travel, and just about anything else that interests this Level 6 Mage. In case you're wondering if he's qualified to expound on such topics, here's a quick rundown of what Olivier has accomplished in his career—think of it as the Olivier Dossier:

You can find a link to "Ask the Pro" on the right column of the Tournament Center. New questions and answers will be posted every Tuesday, Thursday, and Saturday. So don't delay, send in your question now!

But that's not all! This weekend, we will also be debuting our new and improved Magic: The Gathering podcast. Previously the bastion of all things Pro Tour-related, now our monthly podcast will expand to include information about all aspects of the game. 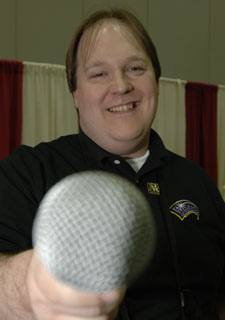 This month, Randy Buehler will be joined by Paul Sottosanti to talk about the Legends You Decide! bracket results, which may start having an impact sooner than you think.

In addition, he'll be presiding over a Ravnica Limited discussion between Potato Nation's Mike Turian and Scott Johns. With Pro Tour-Prague and three Grand Prix in the books – and all of them showing different winning draft strategies – there's plenty of room for debate and strategy tips for all skill levels. If you're thinking about playing in a PTQ this season or the upcoming Limited Champs, you should give it a listen.

Finally, Randy will run down the upcoming events calendar, including a sneak peek at one of the promotional cards for Limited Champs (June 24).

The file will be available for download Saturday from the front page of magicthegathering.com, but you can get it early by subscribing to the podcast via iTunes. To subscribe to the Magic: The Gathering podcast, follow these easy steps.

Once you subscribe to the podcast, iTunes will automatically check for new files and download them to your computer. To ensure that you get timely updates, set your Podcast Settings to check for new episodes every hour (the Settings button is in the lower-right corner of the iTunes window, or you can find it under Edit -- Preferences -- Podcast).