Artists to the Rescue

Magic artist Wayne Reynolds had a temporary injury during the time when Dissension card art was coming due. He had already done drawings for his work on Nettling Curse, Nihilistic Glee and Trial // Error, and the creative team was happy with the direction he had gone on those pieces. Wayne's fine now, but while he was healing up he couldn’t paint!

Luckily, fellow artists Jeremy Jarvis and Ron Spears were willing to come to the rescue, and Wayne was open to the idea of them stepping in on his work. Jeremy and Ron helped Wayne out with the final paint job and together they got the pieces done and into the set. That’s why you see joint credits on those three Dissension cards. 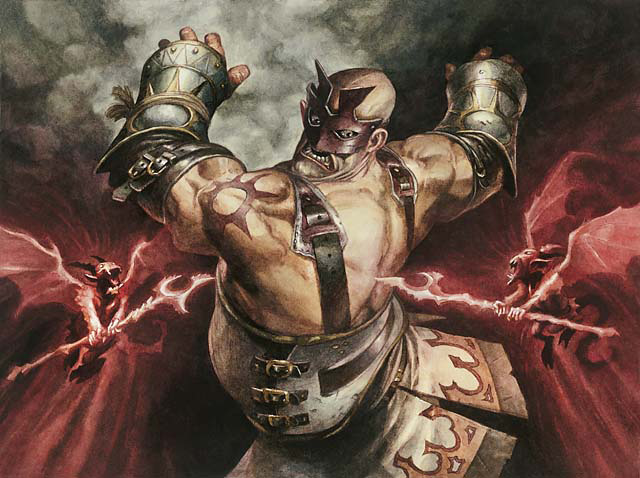