ntro Packs are ready-to-play 60-card decks that include a foil premium rare and come packaged with a booster pack for the current set, a strategy insert, and a Magic "learn to play" guide. They're intended for beginning players who want to get a feel for the new set. The Intro Packs for Avacyn Restored will go on sale at the same time as the set on May 4, and the MSRP is $12.99. And here's what they'll look like! 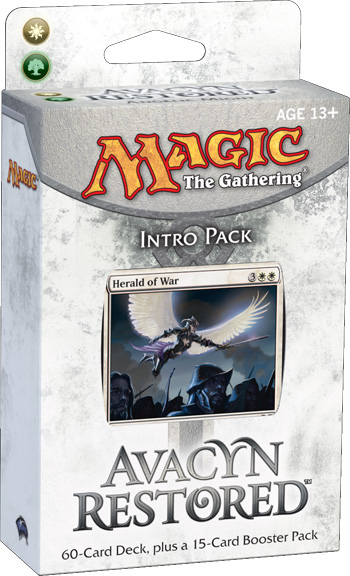 Dawn arrives on white wings! The flights of angels under Avacyn’s command are your weapons, carrying divine retribution to your enemies. The "Angelic Might" deck unites celestial shepherds and their earthly flock. 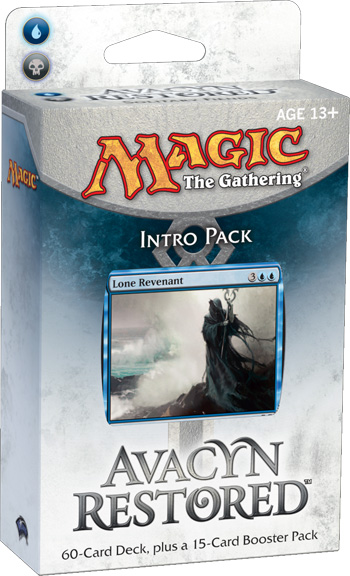 Direct the theater of war and put a deadly force center stage. The "Solitary Fiends" deck contains spells that clear the way for your singular threats to dominate the scene. The battle is yours to control. 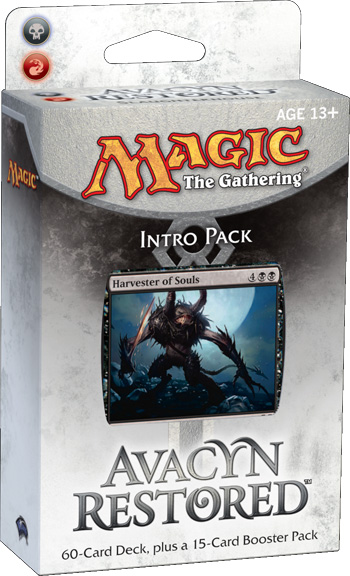 Dark mayhem! The destruction of the Helvault released Avacyn—but also a host of demonic and infernal forces. Show your enemies to death’s door with the "Slaughterhouse" deck, brimming with murderous spells 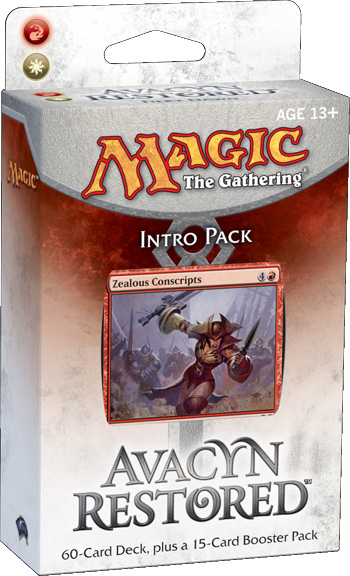 The light breaks through Innistrad’s clouded sky. Humanity seizes the moment and races to drive back the darkness. Reclaim what’s yours with the "Fiery Dawn" deck, an aggressive deck that channels your zeal. 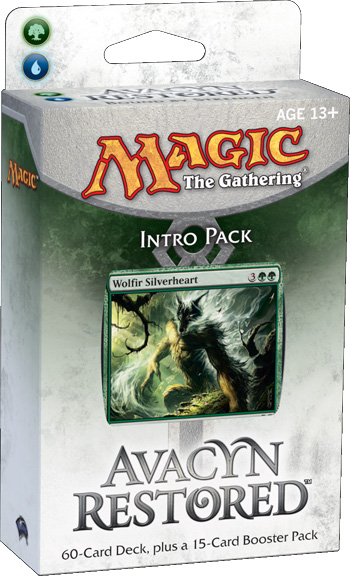 The allies of Avacyn reinforce each other’s convictions. With the "Bound by Strength" deck, use the new soulbond mechanic to bind together creatures of divergent natures. They will lend each other power against your foes.