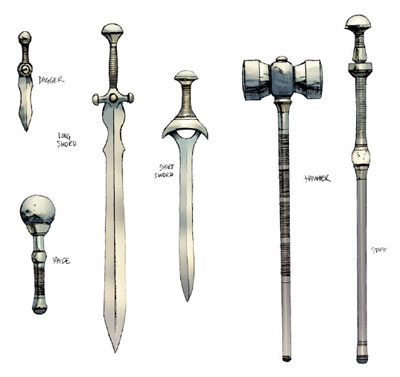 Azorius are the embodiment of law in Ravnica, but enforcement can be a problem for them. They employ Paladin of Prahv and Court Hussar, but aside from a few Sky HussarIsperia the Inscrutable, they’re not much of a fighting guild. Their weaponry is beautiful but mostly decorative, and their armor ranges from “looks cool glinting in the sun” to “actively hinders movement.”

Luckily the Azorius are masters of a kind of authority magic. They aren’t all about the delaying power of bureaucracy, although that’s definitely part of their arsenal. At their strongest, the Azorius can compel obedience outright through the use of law magic—eliminating the need for combat and getting their way at the same time. 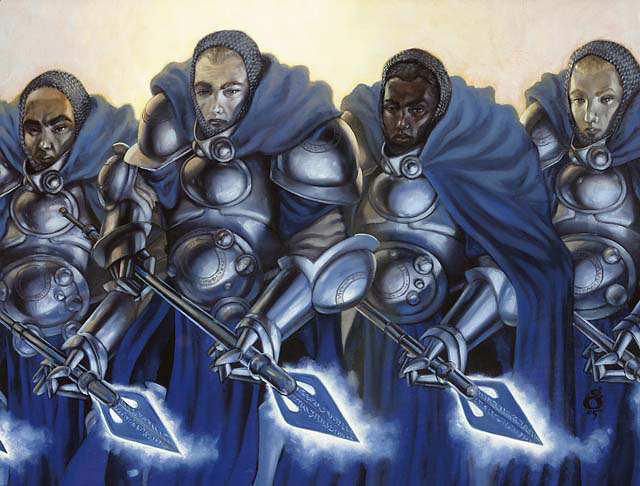 And it’s not just used on enemies and ne’er-do-wells. The Dissension card Steeling Stance (called “Imprimatur Stance” during playtest, a reference to an official sanction or approval) represents the Azorius authority magic used to organize its own soldiers. It’s the equivalent of a military leader calling out an order and the troops falling in line. 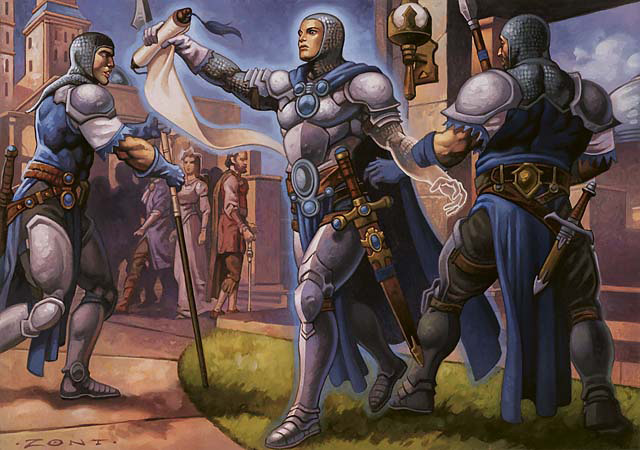 The card Writ of Passage represents a command from the Azorius high judges permitting the bearer to travel wherever he or she wants, bound up in the form of a symbolic, illusionary scroll. The Azorius’s papers are always in order. 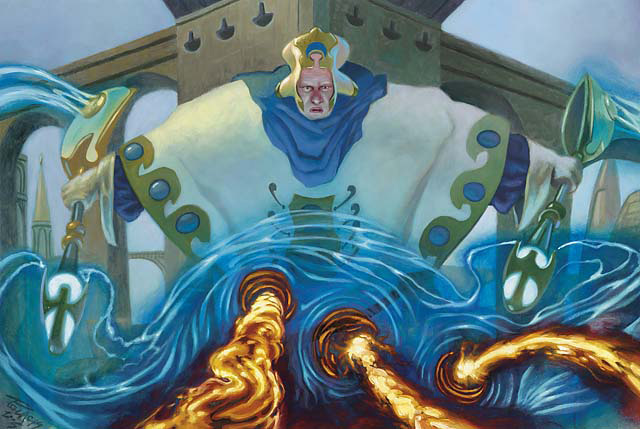 Prahv’s voice rings loudest when the word is “no.” Overrule represents the ultimate act of Azorius authority magic—denying permission to act. Many take objection to the Azorius’s implicit claim that they wield the right of refusal over the spellcraft of others. But decorative weaponry and armor or no, the Azorius are the best guild in Ravnica at backing up that claim.