Kamahl, Pit Fighter was not the only character to undergo a Kamahl, Fist of Krosa in the Odyssey block storyline.

Kamahl's mentor, the dwarf weaponsmaster Balthor the Stout, had a bit of a change of heart as well. 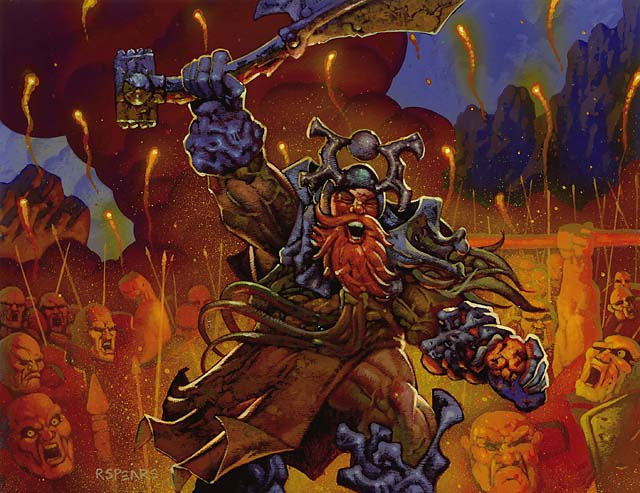 Here is Balthor in his prime: surrounded by the barbarians of the Pardic Mountains, getting them pumped up and ready to fight. A fierce warrior and hero among men.

But Balthor is killed in battle with the nightmarish Laquatus's Champion of the villainous merfolk Ambassador Laquatus.

That's not the end of the heroic dwarf's story, however.

Balthor was later reanimated, his only goal to seek revenge on the evil Laquatus. 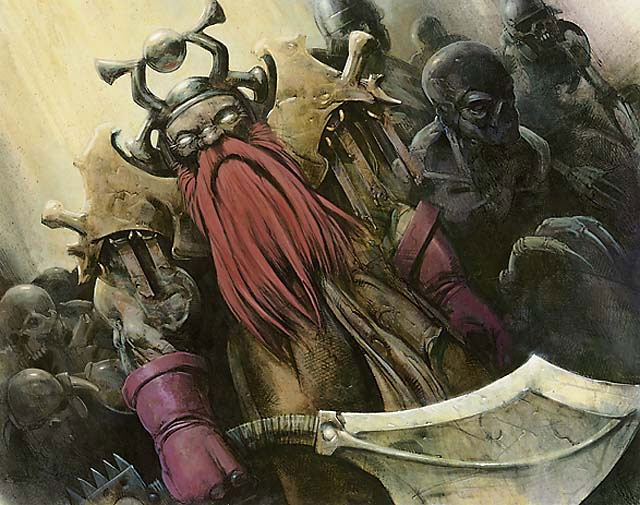 This Balthor is at his most desperate: his undead form is a curse, but a way to get vengeance on Laquatus. Laquatus proves able to control the zombified Balthor, however, due to the remnant of Laquatus's champion still lodged in his body. (Ironically, the card Balthor the Defiled is quite a nice combo with a graveyard full of Laquatus's Champions.)

At the end, Balthor's disciple Kamahl, Fist of Krosa does him the favor of slaying him for the second time -- and Kamahl slays Laquatus with his Mirari-enchanted sword, leaving Balthor finally at peace.