Dawn of the Dead was originally the name of card in Odyssey: a black enchantment that read, "

, remove two cards in your graveyard from the game: put a 2/2 black zombie creature token into play." But at the last minute, R&D decided that the card needed to be green, so they switched it into what we all know now as Bearscape.

However, everyone liked the name "Dawn of the Dead," and art had already been commissioned, so they purposefully made a Torment card that could use them. 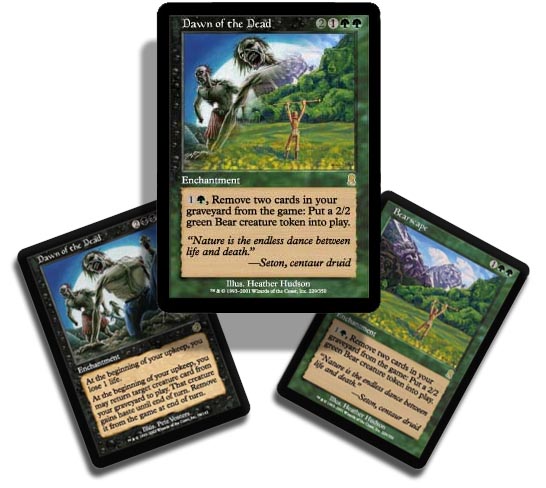