ure, sure, the color white is full of angels because white represents justice, virtue and hope, and so do angels -- most of the time. But angels in Magic aren't strictly white -- Platinum Angel is an artifact, Lightning Angel is tri-color -- and then there's the black angels.

But black is the perversion of justice and virtue -- it's the color that's out for itself, at the cost of anything that stands in its way. How do angels end up allied with black? Generally it's because they're corrupted by black mana, such as by a powerful black-aligned wizard.

Today's Magic Arcana showcases the art of some of these fallen angels (including, of course, Fallen Angel itself). As in the earlier Tall Angels arcana, these pieces are often too large to represent fully within the Magic card frame, so we present them here in their full aspect ratio (not "in their full glory" -- that's a white thing). Get a finger ready on that scroll wheel. 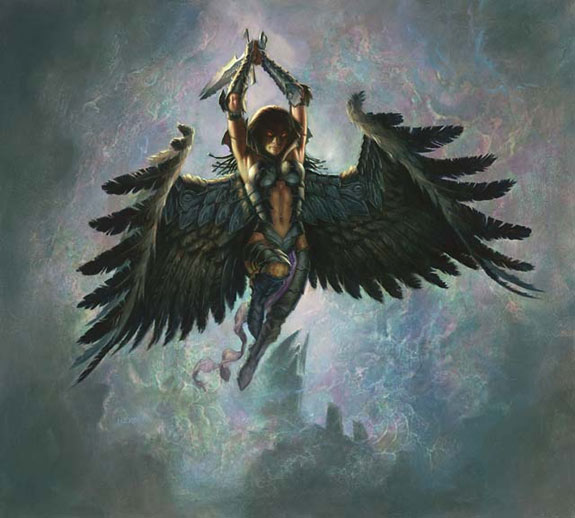 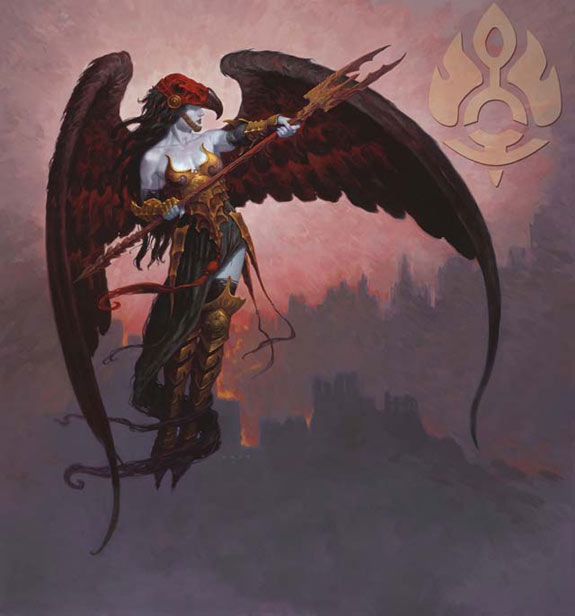