art descriptions are subtle. They direct the artist to put certain figures in the background and to achieve a particular ephemeral mood.

Other times, it's a little more direct:

Color: Red spell
Location: forest
Action: Two elves try unsuccessfully to restrain a third elf who has gone stark-raving mad. The mad elf's eyes glow red-orange as though he's possessed. He's not frothing at the mouth . . . yet.
Focus: the elf made berserk by red magic
Mood: Insanely angry for no reason

Dan Scott received this art description and turned in this sketch: 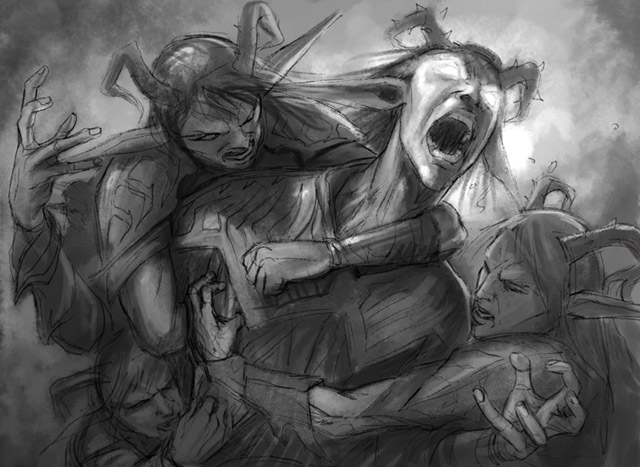 The creative team liked the sketch, but were concerned that the elf reads as just "crazy" instead of "battle-mad". The solution? Add a weapon! 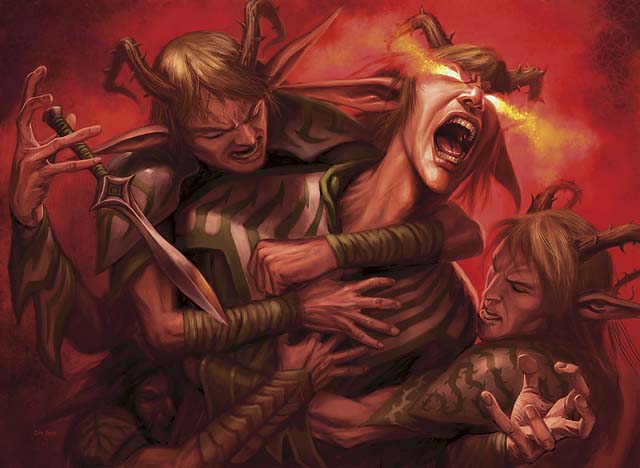 And here's how the art looks on the final card: