Bodyguard of the Air

Pretty straightforward, right? An armored rhino with a giant flail-like weapon running at you? Well, take a look at the full art: 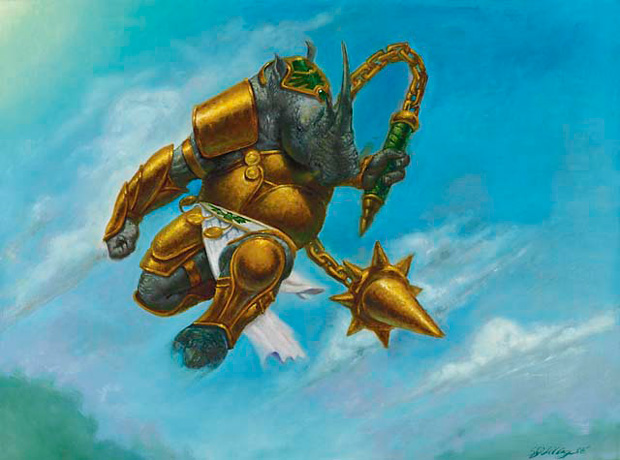 Why, he's not on the ground at all!

Here's the story: for most of its life as a card in development, the Rhox Bodyguard had a different set of abilities, including the ability to gain flying until the end of the turn. So the art description Sal Villagran worked from said this:

Action: Show a rhox (rhino humanoid) in armor, leaping down out of the sunny sky toward the viewer. He has a chain weapon of some kind, cocked back as if he’s going to smash our head in with it.
Focus: The rhox
Mood: He didn’t look like he could jump like that.

When the flying was taken away, the art seemed a little off. But one very careful job of cropping later, and everything was perfect!