The Card Face That Wasn't

ey, wanna see something neat? Check out this page from the May, 2000 issue of Topdeck Magazine, featuring something we didn't end up doing. (Just to be clear: this is an eleven-year-old article, describing something that didn't happen.) 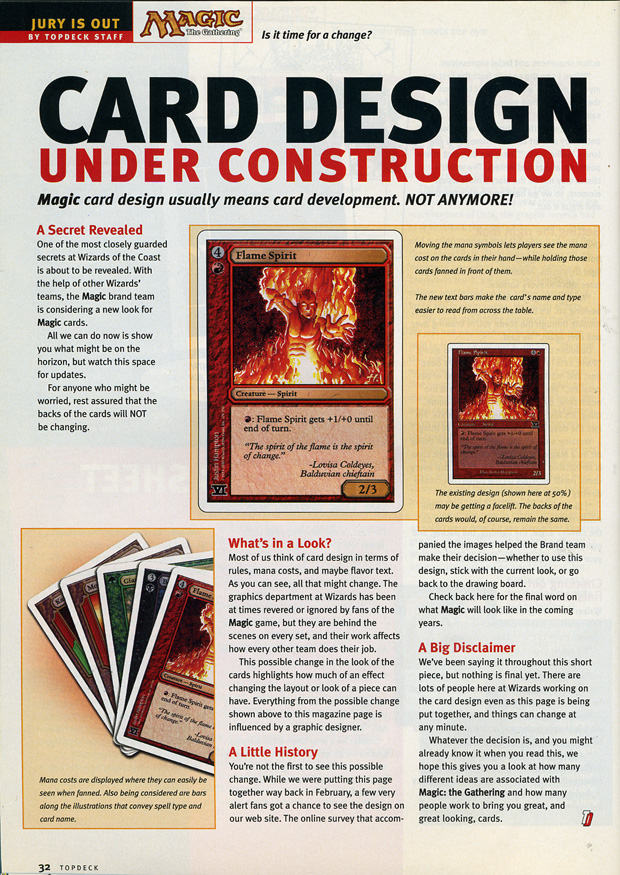 Yes, back in 2000, the Magic card face almost changed. And then it didn't! But elements from this card face ended up in the modern card face, which first appeared in Eighth Edition in July 2003. And the idea of having vertical mana costs on the left, to make them easier to see when the cards are fanned? That showed up in the Future Sight "futureshifted" cards in May 2007. R&D never throws away an idea!

And ideas aren't the only things R&D never throws away! So even if you knew all that, here's something you've never seen before. From the playtest card archives of the Arcana Vaults and Mark Rosewater's Desk, a few of the cards R&D actually played with when testing out that theoretical card face! 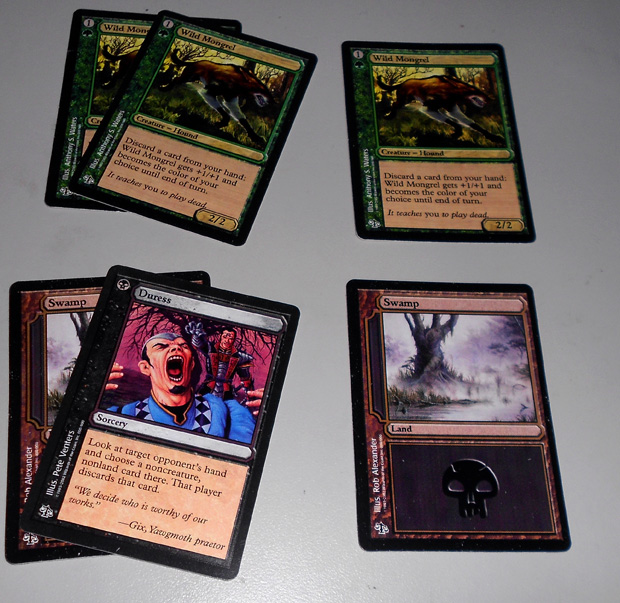