Share Article
Share Tweet Share
is a memetic, animated, rock-like substance able to obey commands and warp into whatever shape is needed. Its power is clear--not only does it represent the mutable +1/-1 ability on creature cards (see Flowstone Hellion or Flowstone Slide), but it has also formed crucial aspects of Dominaria’s history. Yawgmoth, with the help of his subordinate evincars, cultivated an expanse of flowstone on the plane of Rath. This flowstone expansion caused Rath to overlay Dominaria—all part of Yawgmoth’s plan of invasion. The planar overlay brought with it hordes of Rathi creatures, which then became permanent fixtures of Dominaria.

You can see flowstone manipulation in action in the art of Time Spiral’s Flowstone Channeler. Check out how this red-aligned shaman has commanded a bit of flowstone to rise into humanoid form to do his bidding, much like a Flowstone Shambler of Rath. 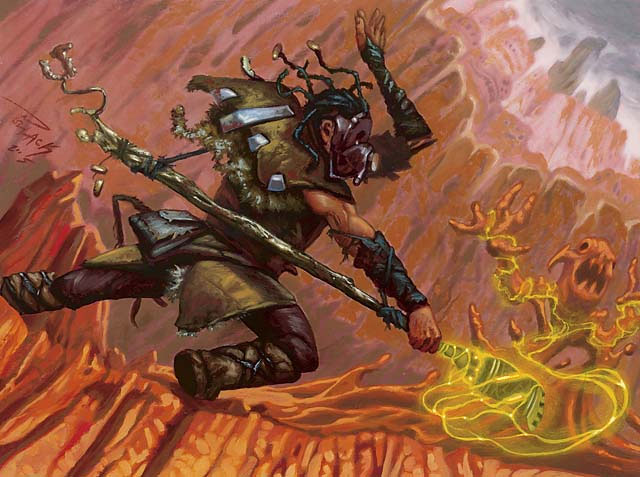