Caught Between the Planes 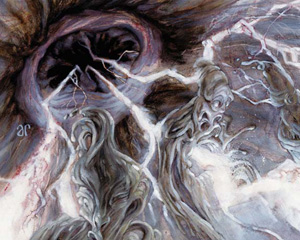 all planar travel goes according to plan.

Rath was Yawgmoth’s ever-expanding plane of flowstone. When it merged with parts of Dominaria as part of Yawgmoth’s interplanar invasion tactics during the Rath (Tempest) Block storyline, some Dominarian races became trapped in the interstitial void between the two planes.

You know these unfortunates as “shadow creatures.”

What would it look like to become a shadow creature? Check out the art of Shadow Rift to see a person being drawn into the void between the planes. 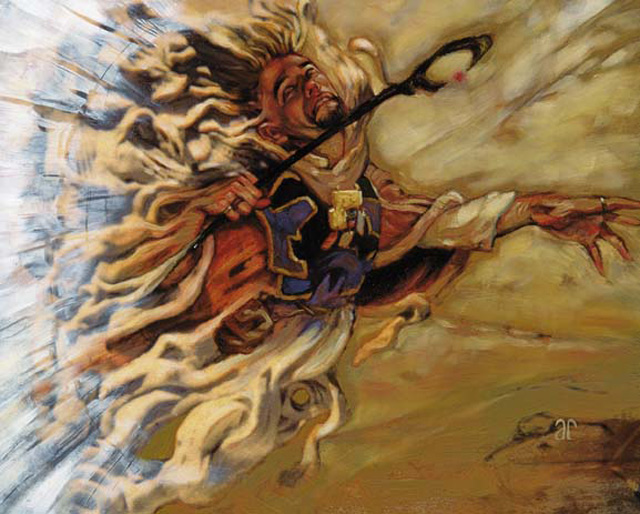 These races could sometimes see and hear images in one or the other plane, but interaction was difficult. Here’s a shot of a Soltari creature trying to contact Ertai, Wizard Adept: 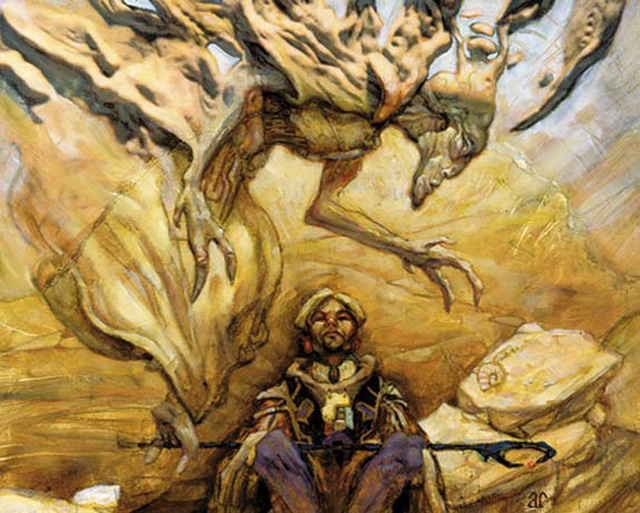 Time Spiral revived Tempest Block’s visual cues for shadow creatures along with the mechanic. Check out the effect of being “trapped between planes” on Shadow Sliver and Looter il-Kor—swirls of substance peel off of the creature, almost as though they’re being stretched between the boundaries of the overlapping planes.