Snow Week on magicthegathering.com. We've taken a look at snowy art of Ice Age (Let it “Snow”) and pics of WotC's old building under a rare Seattle dusting of the white stuff, but today it's a straight-up party in your optic nerve: it's all Coldsnap art, and lots of it. 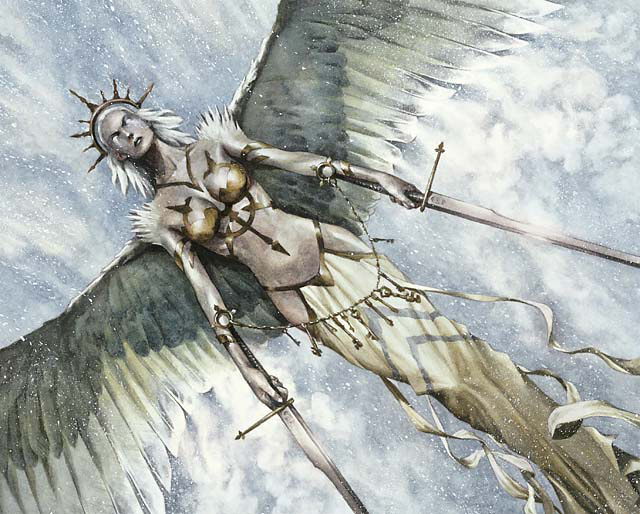 Snow creatures have a visual cue of icy steam floating from their bodies, an indication of the sublimation occurring all around their incredibly cold forms. 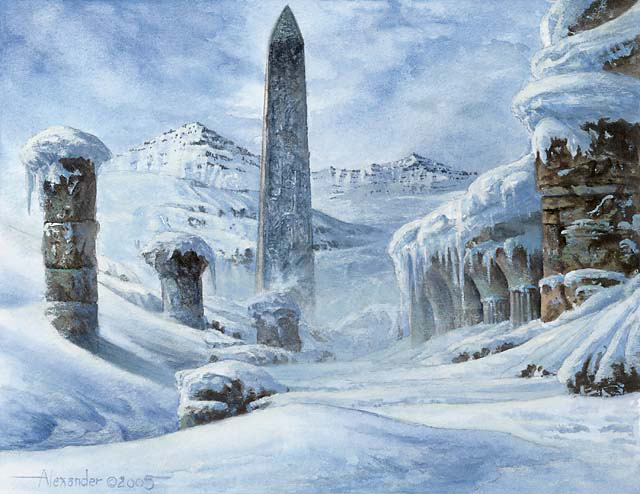 Thrumming Stone depicts a mysterious, frozen obelisk whose magic creates an area of arctic conditions around it. 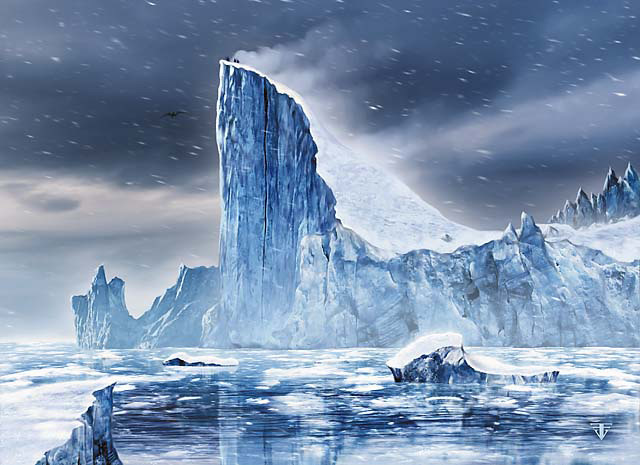 If you squint, you can see tiny figures that have made it to the top of the largest ice floe on Snow-Covered Island. There's also a bird or drake – there to guide them or eat them? 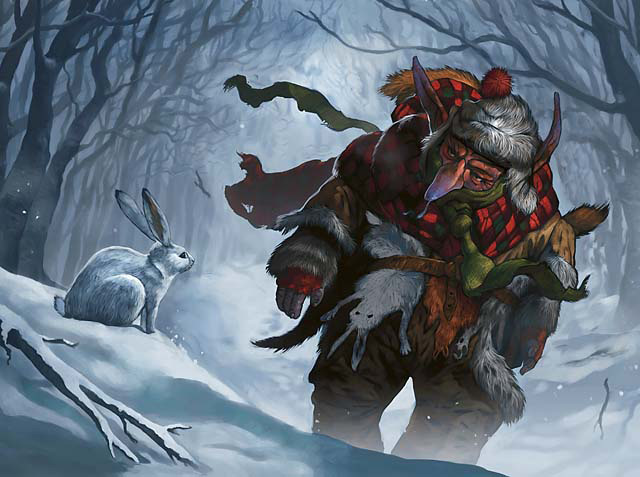 A comic moment in the snows of northwestern Terisiare. A snow hare and an overbundled rabbit furrier happen upon each other in the woods. 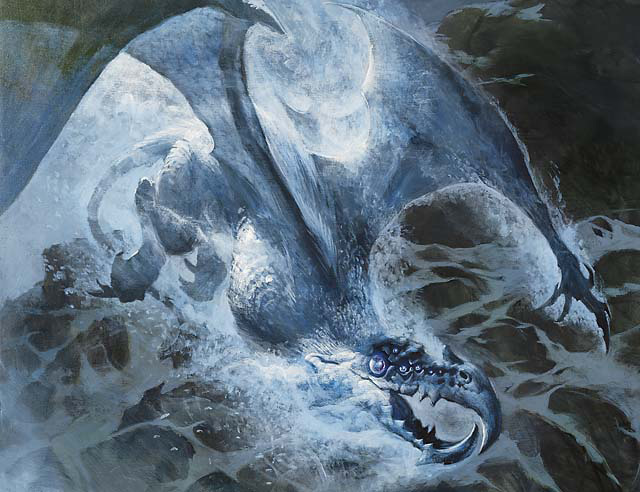 The concept for this card was a flying, humanoid creature made of icy mist. But the creative team liked Lars's sketch of a raptor creature so much that it became Frost Raptor. 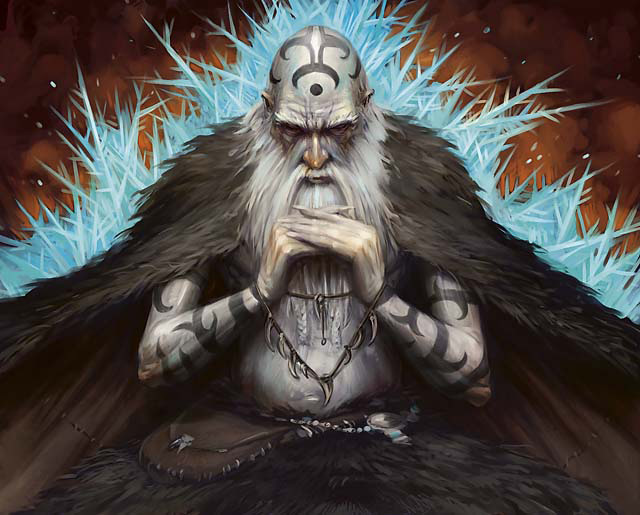 Flashfreeze depicts a Rimewind wizard, one of the agents who oppose the Thaw on Terisiare, crackling with icy energy.