s we've mentioned a few times, there's a Magic: The Gathering comic book coming out in January. And IDW's site has an interview with the writer, Matt Forbeck. Here's an excerpt!

What's the Magic: The Gathering comic about?

It follows the adventures of a new Planeswalker by the name Dack Fayden. Dack's not just a powerful mage but also one of the greatest thieves of his age. Unlike other thieves, though, he steals — he'd prefer to say "borrows" — not for money but knowledge.

Dack has a special power called psychometry. This allows him to pry into an artifact, figure out how it works, and teach himself the spells it uses. It also gives him visions of the most intense times the object has been used, which can be both horrifying and enlightening.

To read more about where the comic's set and what happens in it, go to IDW's site and prepare to be enlightened!

Last Friday at io9, there was an exclusive first look at Christopher Moeller's alternate cover for the Magic: The Gathering comic book. It's been almost a week, so surely it's okay to show it to you here. So: 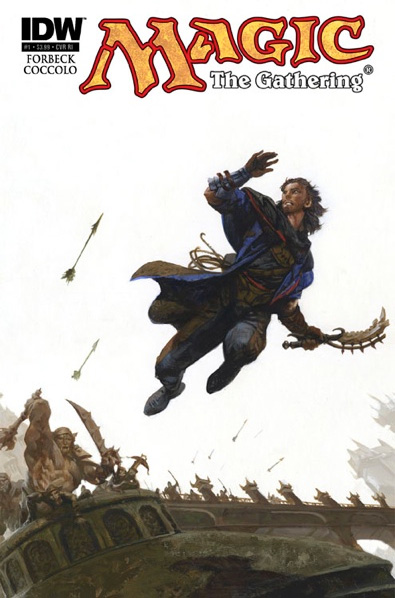 As long as we're here, why not run through all the covers? Here's Aleksi Briclot's: 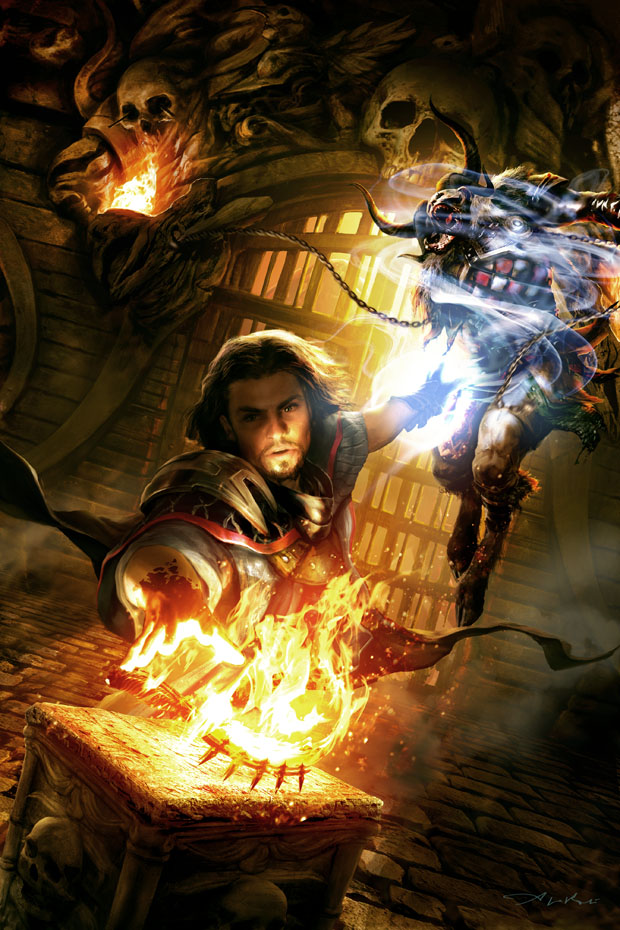 Here's Christopher Moeller's again, but bigger and without all those pesky letters in the way: 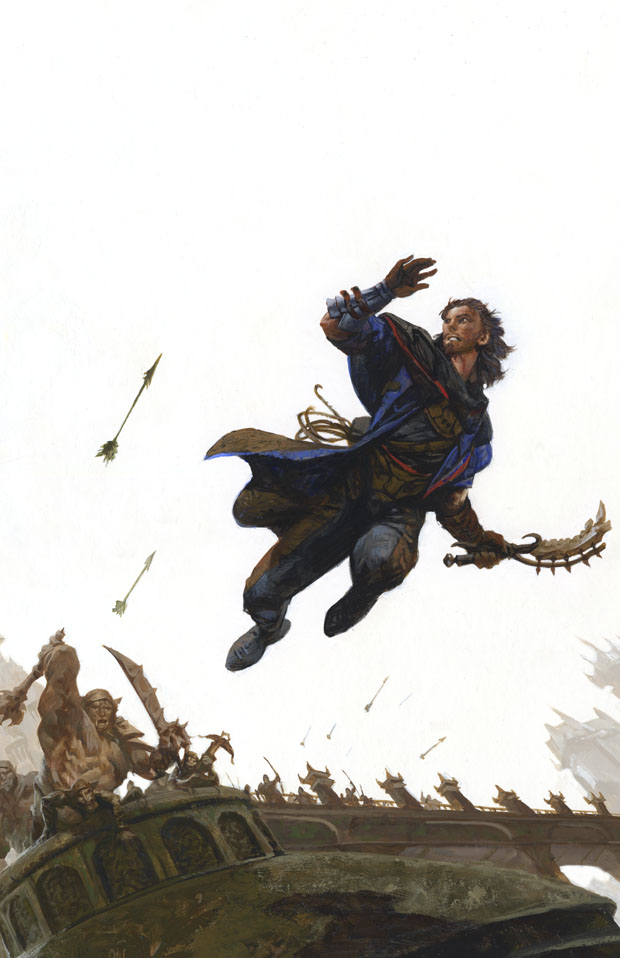 And this one's by Eric Deschamps: 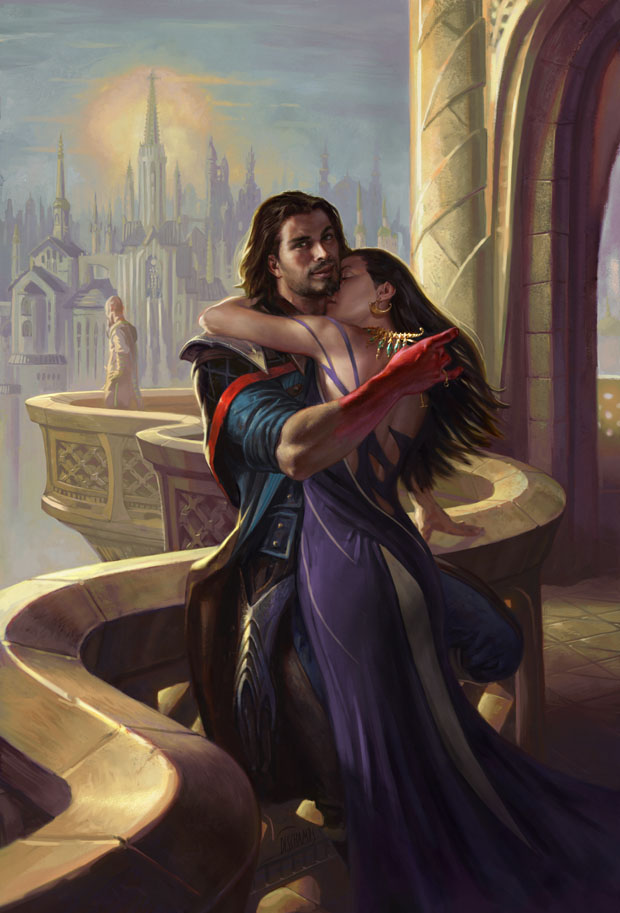 In fact, let's just collect all the information in one place. The comic books will include this playable card: 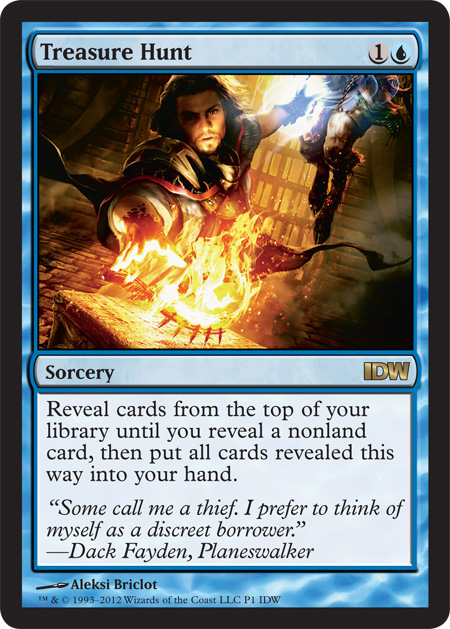 And finally, we have an Arcana Exclusive! That's right, this is something that's appearing here first! Check out page three, hot off artist Martín Cóccolo's table! 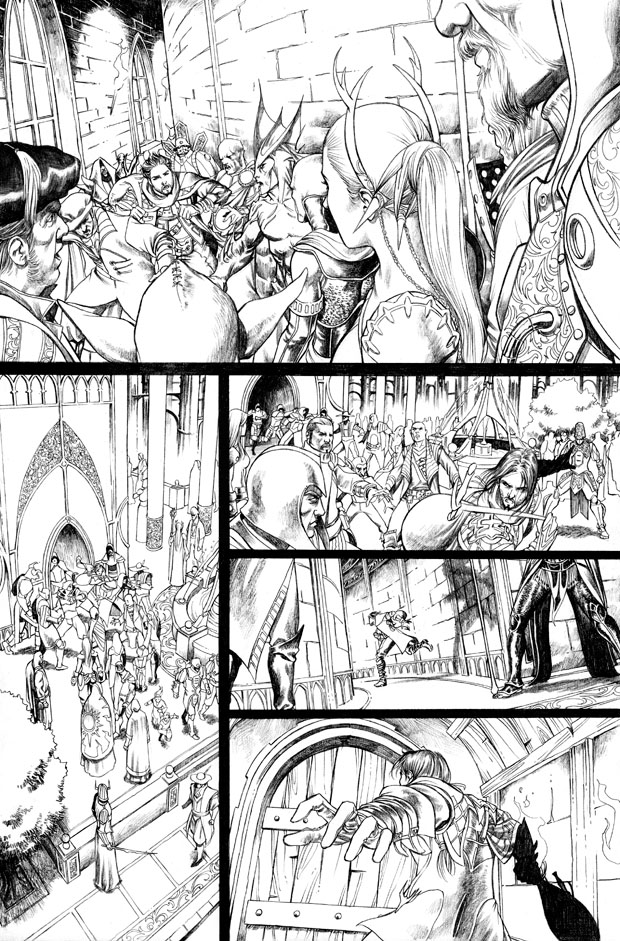