esterday, we showed off the Conflux booster packs. Remember? It was just yesterday. Ah, good times. Anyway, we were wondering if maybe you were looking for a Pack that was a bit more ... Fat. 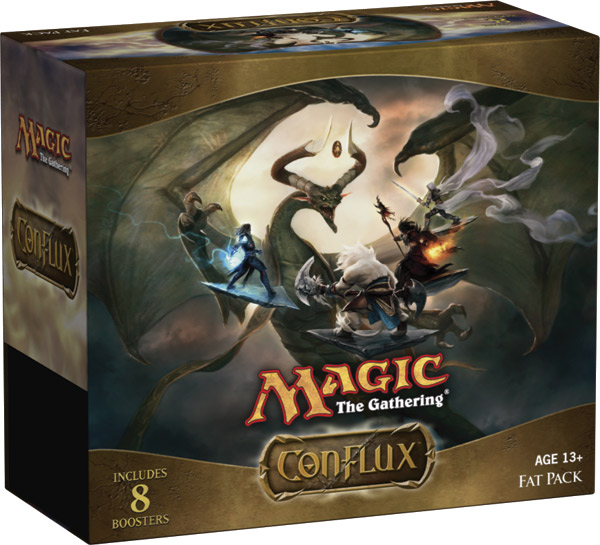 Say hello to the Conflux Fat Pack! It's a handsome package, to be sure. Check out that handsome mural (PS: That dragon is Nicol Bolas, who is a planeswalker). But what wonders are within?

A fella could have a pretty good weekend in Vegas with all that stuff!