emember when we showed you the Conflux Intro Packs? Ah, it seems like it was just six weeks ago, doesn't it? Well, we bet you've been wondering just what cards will be in those Into Packs. Well, wonder no more! You might not know what all of these cards do (until you go to the Conflux Prerelease this weekend, that is), but here are the decklists!

Bant on the March

Now you can answer that call to war. You’ll assemble a quick force of heroic soldiers, rhoxes, and flying aven to defend the noble realm of Bant from the other planes. Then you can continue the attack one of two ways: build up a single, unstoppable champion using the exalted mechanic, or overrun your enemy with a game-ending spell that empowers your whole army at once. Nothing will stand between you and glorious victory. 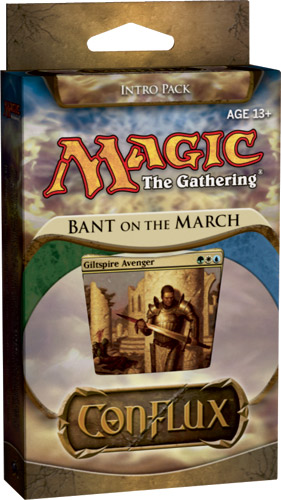 Bant on the March

As the worlds crash into each other, your artifact-themed deck takes to the air with an enormous swarm of flying creatures from the plane of Esper. You’ll also pull off tricky artifact-based combos using the power of creatures forged from etherium, a metal infused with magic. If your enemies get any funny ideas about defending themselves, you have a counterspell up your sleeve. Who said the sky had to be the limit? 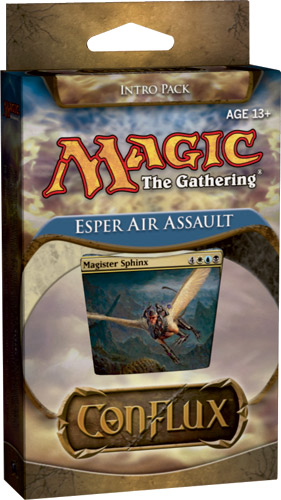 You’ve chosen a deck based around the plane of Grixis, a world of death naturally suited to destroying its enemies. Your unstoppable undead minions lurch back from the grave, slashing away at your foe’s life total. Your spells slay your opponent’s defenders on the spot. And if that doesn’t do it, then a duo of enormous flying horrors will finish off any enemy planeswalker. 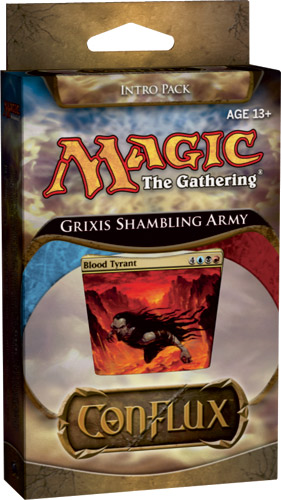 As the worlds collide, you need a deck designed to eat your new neighbors alive. Summon a force of goblins, dragons, and other voracious creatures from Jund who only get bigger as they consume other creatures. Flood the board with fodder for your hungry beasts, then summon the best-fed dragon your fellow planeswalkers have ever seen. 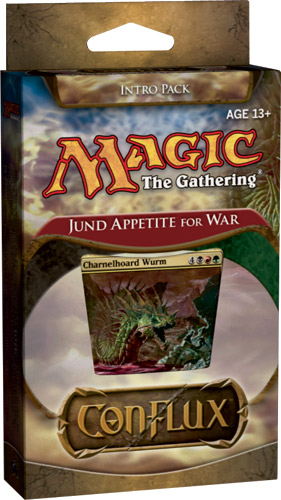 This deck thrives on the power of all five colors of mana, centered in the world of Naya. Go to war against the other planes using the domain mechanic, powering up your creatures and spells with the strengths of all five types of lands. Once you max out your domain with land-search spells and artifacts, you’ll crush your foes with the most diverse arsenal of spells available. 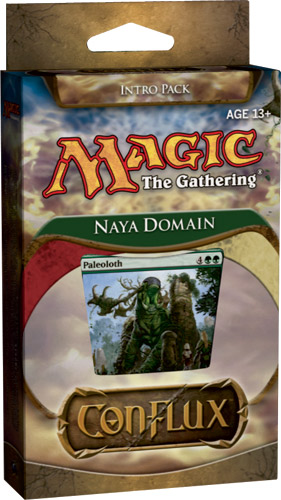