hat's that you say? You say you can't decide if you want to go to the Conflux Prerelease? Even though there are not only events all over the world but also thirty large Prereleases for people who want to experience a big event?

Well, it's your decision, of course. We wouldn't want to influence you in any way. We just thought we’d mention (in a casual, offhand manner) that everyone who plays in a Prerelease will get one of these: 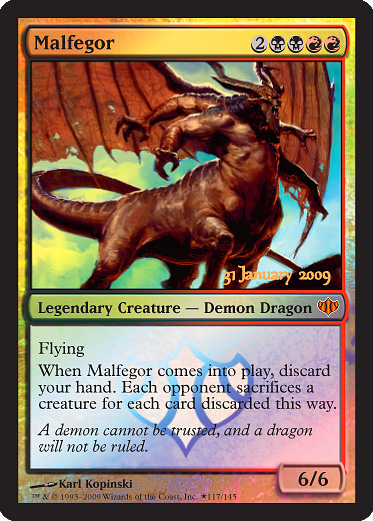 You know. If that's the kind of thing you're into.

Oh! And it comes in six different languages. For collecting.