his past weekend, Tokyo played host to the Niconico Chokaigi convention. Magic was there, and among the things we showed was a sneak peek at a new legendary creature in Conspiracy.

And since we showed him in Japanese at Niconico Chokaigi, here's your first look at Brago, King Eternal in English! 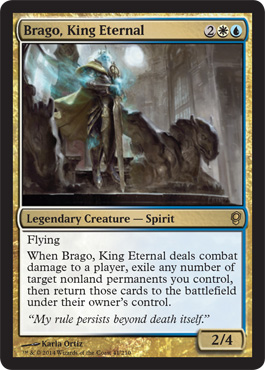 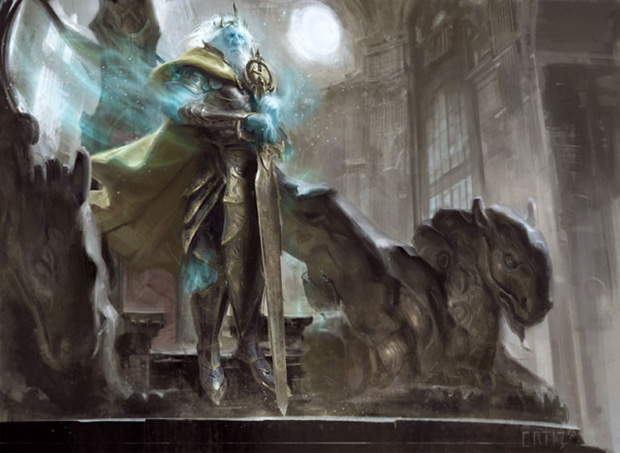 And for those who missed the roll out, we had a bit of a puzzle quest and social media hunt that slowly revealed the full Dack Fayden card for Conspiracy. Players were able to decode, puzzle crack, and figure out our hints as we slowly revealed Dack. 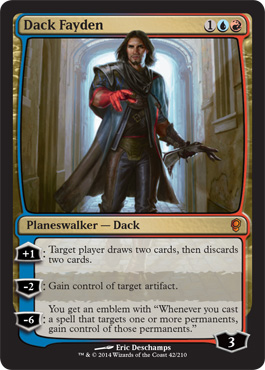 The truth is, Conspiracy doesn't hit shelves until June 6, 2014, so don't let this peek into the future distract you from the fact that Journey into Nyx hits shelves this Friday!