t's Worlds Week, so we here at Magic Arcana Headquarters thought it would be fun to retell the story of Crucible of Worlds. Because it has "Worlds" in its title, see?

Most of the votes don't really lend themselves to retrospective Arcana-ifying. If you're really interested in the way "Artifact" won the first vote, check out Mark Rosewater's wrap-up. But we thought it might be interesting to look back at Step 11: Picking a Sketch.

In Step 9, the readers of magicthegathering.com selected Ron Spencer to draw the "Hourglass" concept that had been settled on in Step 8. And here are the sketches that people chose from! 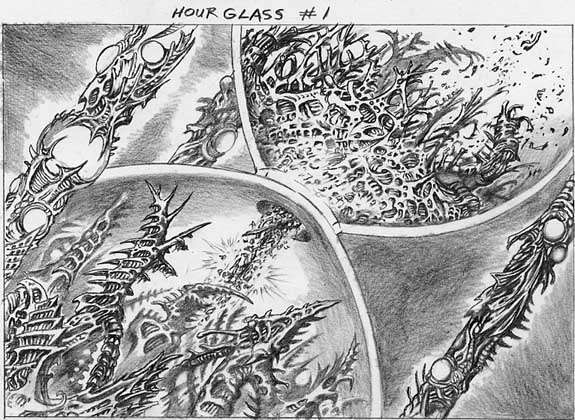 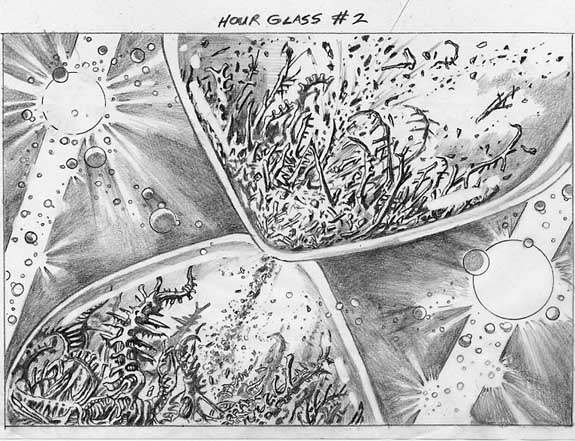 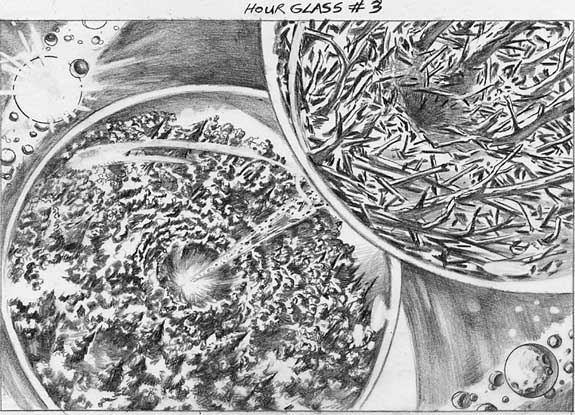 It will come as no surprise at this point that Sketch 3 won. Still, let's have a look at the final art. Because it's pretty! 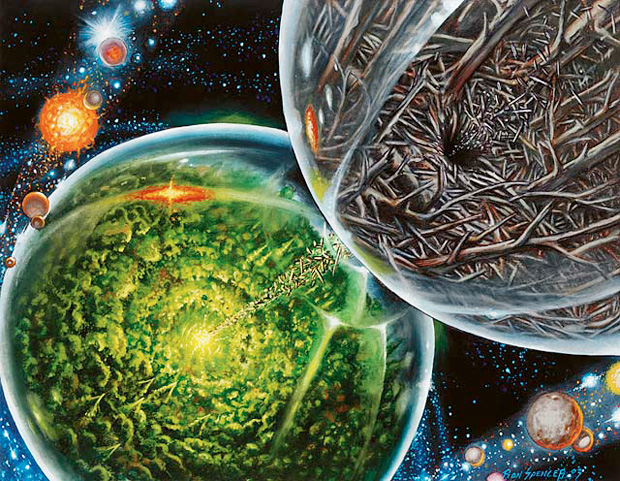